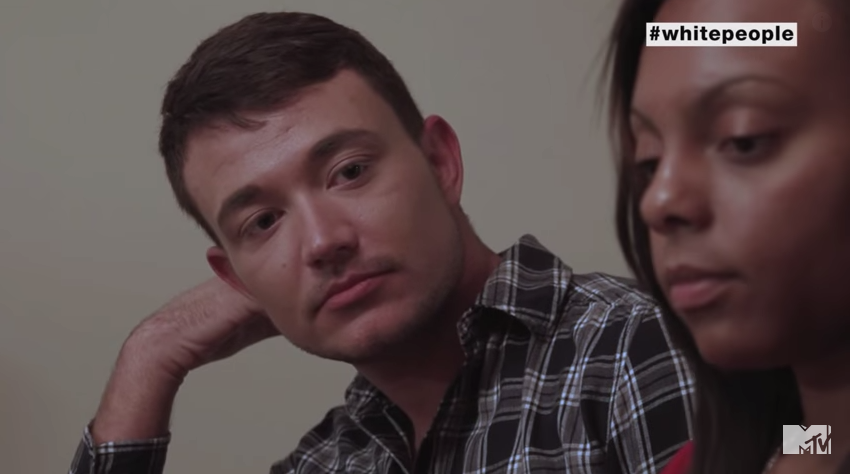 I tried to watch MTV’s “White People” documentary Wednesday night. I found it disappointing, problematic, and predictable and that was only through minute 13:00.

There is something very interesting and offensive about the way White people choose to discuss (or ignore) and address (or avoid) race and racism in this country. Far too often, Black, brown, and indigenous people expressing justifiable anger and frustration at the repeated murders, intimidations, and hyper-policings of Black, brown, and indigenous Americans are painted as irrational, animalistic, and illegitimate. Meanwhile, on rare occasions when Whites are interested in engaging in these conversations, marginalized people are asked to tip-toe around their feelings of White Guilt and water down any aggression we might feel. In essence, even when many Whites do present themselves as genuinely wanting to repair historical issues of race and racism in this country, they do so in ways that reinscribe White Privilege and center whiteness rather than the experiences of the oppressed.

I have previously referred to this term as “hyper-racialism.” It is the place where White Privilege and White guilt intersect. Sadly, that was most of what I saw in the “White People” documentary.

The producer and host of the documentary is Jose Antonio Vargas. While I appreciate his work as an activist and writer, I found his involvement a bit problematic. Historically, Asian and Asian American folks have been raised in the racial hierarchy above other minorities. While they are still seen as unassimilable into whiteness, they are often valorized in ways which suggest that they are a “model minority” group, that their “culture” – of which there are many – is somehow morally superior to that of Black and brown people. Seeing Vargas, an undocumented Filipino American who has been working on immigration issues for some time now, speaking with White people about whiteness just came off to me as an effort to present the least threatening embodiment of a marginalized person to Whites involved in the film. This way, they would not be off-put or uncomfortable by his presence. Worse so were his deliberate efforts to coddle White people and center their feelings.

The framing of the film was probably what I found the most problematic. The focus on very surface level, superficial, and staged interactions between Whites and Blacks, to me, undermined the point of the film. Aisha Harris at Slate has suggested that more educational documentaries on whiteness be viewed before this one. And, while I agree that it is important to view whiteness through the eyes of Whites in more effective ways, I feel like part of the reason we continue to struggle with race and racism in this country is precisely because Whites rarely want to hear about it from people who aren’t like them.

However, this film positioned conversations around race and racism in this country as though Whites were being left out or excluded in some way rather than accurately showing that Whites recuse themselves from this very important work until it centers around them. For example, Vargas opens the documentary by telling his White participants “We talk about race in this country a lot. But we don’t include you in the conversation. It’s only us. We talk – usually about you – about White people. I’m interested in how you feel.” In this case, “we” meant minorities. In essence, his comments suggest that Whites have had no hand in creating, reproducing, maintaining, commodifying, and systematizing race across the globe. This couldn’t be further from the truth.

Then, within the first 3:00 minutes of the film, White people described their race as “the default race,” “the norm, ” and “the good thing.” Again, showing that, while they are often not in conversation with non-Whites about race, it might actually be linked to their own subconscious exercise of privilege.

The moment where I decided to stop watching was when a White male teacher was speaking to his students at a high school on a Native American reserve. When asked about how learning US History made her feel, a young woman says, “They always talk about the good things White people did in their history. What about the bad things when they tried to get rid of us?” Then, another young woman says, “It should be all of US History.” I couldn’t watch anymore because I felt myself getting angry that in 2015, this was the message to White people: learn your whole history.

Truthfully though, learning history isn’t the issue anymore. There are far too many White people who know precisely the history of this country but are not obliged to nor concerned with grappling with the implications of it. This obsession with White people’s comfort and happiness shrouds literally every public space in society. A history lesson won’t fix that because this truth rests firmly in the present.

For me, this type of film still focuses too heavily on the comfort of White people despite the daily and repeated discomfort, exclusion, oppression, and marginalization of non-White people. So, while it is aptly named, it just isn’t enough, not right now and probably not ever.

Watch the full video below: