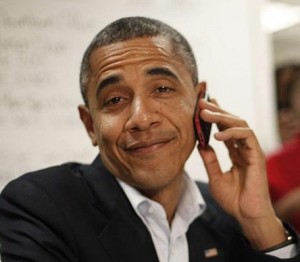 President Obama has been at peak blackness for a few weeks now. From singing ‘Amazing Grace‘ old deacon-style in honor of the Emanuel AME Nine to traipsing around the country with his gorgeous wife and children like all he has left on his presidential agenda are “Parlay” and “Chillax,” our President has been literally trolling angry conservatives who hate that he is one of the best presidents this country has ever seen while still manages to be incredibly handsome and carefree at the same time. Just to pour salt in conservatives’ wounds, here are four things President Obama has done recently that make it clear he gives no f—s how his opponents feel about him,

1. President Obama literally said “If I ran for a third term, I think I could win.”

While in Ethiopia this week, speaking before the African Union, President Obama made the point that stable countries rely on leadership which follows the rules. Specifically, he noted that when a leader’s term has ended, they should vacate their office. But, it wasn’t what he said but how he said it that made his comments particularly boss worthy.

“I actually think I’m a pretty good President. I think if I ran, I could win. But I can’t. There’s a lot that I’d like to do to keep America moving. But the law is the law, and no person is above the law, not even the president.”

I imagine the conservative pearl-clutching hit an all time peak at that very moment.

2. Obama was dancing in Kenya

President Obama’s “I could win” comment came just a few days after footage emerged of him dancing with pop stars in Kenya. Yes, Kenya. President Obama was dancing, being Black, and existing in Kenya simultaneously. He is just poking the proverbial conservative bear at this point.

During the same visit, President Obama spoke about improving the Kenyan economy. He noted, however, that this could not be done without giving equal rights and opportunities to women. His goal is to improve Kenya from within by investing in its people. While this is a novel concept and well worth the investment, it is exactly the opposite of what most conservatives want to do with Kenya (and other countries in Africa). Cause, I am pretty sure they still want to pretend like Africa is a code word for pirates, lions, and HIV/AIDS outbreaks.

President Obama commuted the sentence of 46 men and women where he believed “the punishment did not fit the crime.” Most of the commuted sentence were due to non-violent crimes connected to crack cocaine. This action is the highest grant of clemency since the 1960s.

While many conservatives are aware that most convicted felons will find themselves in prison again, many do not know (or likely even care) that certain financial constraints increase that likelihood. One prime issue many convicted felons face upon exiting the prison system is that they have neither marketable skills nor education to help them secure jobs. To help overcome this fact, President Obama is testing out college financial aid funding – in the form of Pell Grants – with a limited number of prisoners. Given that most prisoners in this country are Black and brown, this is yet another example of the Black President that conservatives were hoping they’d never see.

In essence, President Obama (and his homies in the Supreme Court) are going out of these eight years like the wheels are about to fall off this gangsta Air Force One ride. Personally, I’m here for it. If anyone deserves to rub their success in the faces of conservatives, it’s him.