He’s Not My ‘King’: Why Marriage is a Partnership Not an Empire 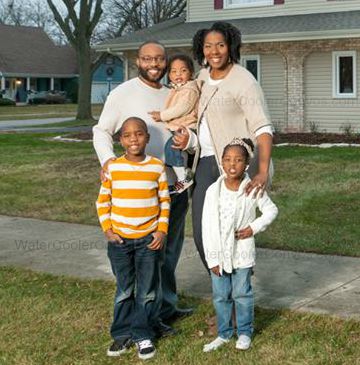 I am a cis-queer Black woman who has been in a heterosexual relationship with a cis-heterosexual man for the past twelve years. For almost ten of those years, we have been legally married. We have three beautiful children. We have a healthy, “normal” household. And, he is not my “king” now nor will he ever be.

Let me begin by saying that I am very aware of my privilege. I know that existing in a heterosexual marriage garners me certain benefits that many other folks do not have access to. I also know that my cis-privilege protects me from many of the daily hazards and threats that trans* and gender non-conforming folks face. These are things I cannot deny nor would I. However, I want to discuss how archaic notions of cis-heterosexual Black Marriage may be harming Black people at large. In particular, the patriarchal, pseudo-Christian idea that men are “kings” in their households and women are “help mates” just doesn’t comport with the generation in which we currently live. So, isn’t it time to maybe draft up some alternatives?

I am a Christian. I have always been a Christian. Growing up, I was the kid who read the Bible in my free time. I memorized all the books and could find almost any verse within seconds. I learned how to “hide the word in my heart,” “study to show myself approved,” and “cast aside every burden which does so easily beset me” so that I could run the race of the Christian faith. I still believe these things. What I take issue with though is the idea that marriage in 2015 must align completely – with no deviation – from the one described in passages like Proverbs 31. This type of marriage encapsulates womanhood as secondary to manhood, as the tail where the man is the head, and as an afterthought. I’m just not okay with that. Yet, this is a narrative that I continue to see in popular culture and Black socio-political communities.

Yesterday, as people did their normal rumor-milling about Will and Jada Pinkett-Smith breaking up (cause the world just loves to see Black love split asunder), Jada tweeted out that her “king has spoken” on the matter. Her words stuck with me because all I could think was that a) kings rule in absolution often with unbridled terror and violence, b) kings have no equals so everyone else is either a subject, possession, or apprentice, and c) kings give the final word on everything. They are the judge, jury, and (unless they delegate it out) executioner. Who wants to be married to that?

Given, in a matriarchal society, the idea of being a queen is identical to what I have described. So, some will say, “oh, he called her his ‘queen’ too.” But, since we exist in a patriarchal society and this language is consistent with our existing tendencies toward male dominance, I think it is more important we focus on how that choice of words may be harmful to Black families, Black women in particular.

There are a few things wrong with these patriarchal, Christian ad-libbed ideas of marriage.

First, for women who, like me, have aspirations beyond the household, these narratives not only exclude us but they suggest that we are somehow unfit for matrimony. These are the narratives which fuel tropes like, “If these Black women would just stop all this reading all the time maybe they could keep a man,” or “how do you expect to make a man happy if you are out there working all the time?” In essence, the Proverbs 31 woman is meant to be a corollary to her husband. She is the quintessential trophy wife. Her goals are her man’s goals. She and her husband aren’t friends or partners. She is the embodiment of his charm and manliness. Her work is never for herself.

Second, the idea that the man is the “king,” the “head,” or the absolute leader of the household firmly assigns gender roles that make it hard for families to adjust to varying life circumstances over time. For example, if a man loses his job and income or his wife has to work two jobs to help out, how does this affect this definition of husband and wife? Will his manhood be challenged simply because life is unexpected, bumpy, and, well, life? When men are elevated above everyone else in the household, the other members become expendable resources, and complementary goods to his excellence rather than confidants, partners, loved ones, and allies. In this process, a damaging cycle is perpetuated that families are transactionally-based rather than centered on unconditional love for one another.

Lastly, in a world where White Supremacy undermines Black love, erases Black women, and kills us all unapologetically, reinforcing gender stereotypes and reproducing patriarchal hierarchies in the household won’t do much for us. In fact, it does nothing other than nullify efforts toward collective action and isolate Black women from social movements which we are very much affected by. I’m not saying their isn’t some good in submitting to one’s lover or spouse at times. In fact, there are times when that is absolutely necessary and beautiful. What I am saying is, submission and helping shouldn’t be actions reserved only for women in heterosexual marriages. The idea that one partner has set roles forever just seems so infantile, almost silly.

I am immensely grateful that I married a man who inspires me to exist freely in my skin, who has never questioned my roles as wife and mother because of where I worked, what I wore, or how my hair was styled. No, he isn’t a special Black snowflake, and we aren’t unicorns. But, I would like to think that the freedom we experience doing life together is what God truly intended for us.

Every married couple has to do what  is best for them. I suggest, though, that maybe it’s time to start questioning our traditions, critiquing our language, and dismantling our patriarchal commitments so that we can experience and praise all forms of love.

But, we have to start at home first.