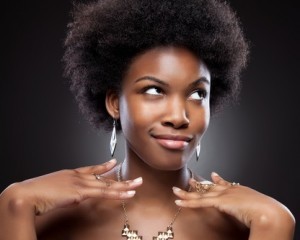 There have been few constants in my life. But, as I was reflecting today, I remembered a daily, weekly, monthly occurrence throughout my childhood that often left me questioning my self-worth. It was the continued assault on my womanhood – and personhood – from Black men growing up that left me susceptible to violence and predation in high school. But, rather than writing a somber letter of charges against them, this is a letter of thanks. Frankly, without their commitments to patriarchy, misogyny, and sexism, I might not have had the inspiration to be where I am today.

Growing up extremely tall meant that I was always picked on and bullied by boys. While some of it was particularly brutal, those instances are not of concern here. Rather, it was often men in authority who worked the most diligently not just to bully me but to undermine my accomplishments, overshadow my talents, and diminish my light.

Some of my earliest encounters with patriarchy and gendered-hatred were at church. There were always deacons there to remind me that boys didn’t like “manly” women. There were musicians to inform me that I really wasn’t that pretty so I should take whatever I could get in a male companion. Then, there was the drummer whose ire toward me I never understood. When I was eleven-years-old, he pulled me to the side to let me know that I wasn’t as talented as I thought I was. He told me that a girl named Nesha, his girlfriend’s daughter and fellow member of our church, was prettier than me, could sing better, and was better suited for modeling (we were both tall for our age so of course we were in competition with each other, right?). He, a grown ass man, wanted to ratchet down my expectations for myself…at eleven. years. of. age. I’ll never forget how awkward and uncomfortable I felt that he approached me this way. And, to this very day, I don’t engage him at all.

These attacks continued through junior and senior high school. In junior high school, I had a campus security guard tell me – when I reported to him that I was concerned for my safety because two girls had threatened to jump me – that someone as big as me could “handle themself.” He shrugged me off. Even though the twin girls had been taking my money, bus tickets, and lunch for weeks, there was nothing I could do. The day they actually came to school to jump me with a bat, a bag of nickels, and a male cousin, a new friend invited me to exit the school through the back gate. If not for her, I might have been hospitalized.

The one instance I remember most and probably had the most negative impact on me occurred in front a classroom full of my peers.

“You’re never going to college. You’re not going to understand this stuff. So, why are you here wasting my time and your time?” my Black male Calculus teacher randomly interrupted his class lecture to ask me.

It was my junior year of high school and Mr. Harris was basically telling me I wasn’t about shit. Granted, I had some issues in school, but he had no interest in developing me academically. Instead, he wrote me off, forced me to drop his class, and black-balled me when I later tried to become an Algebra tutor (a position I was more than qualified for given my high marks in both Algebra and Geometry). Then, as I approached my senior year, I dealt with the sexualized attacks, coercive rape, and predation from school staff and their friends.

This isn’t to say that there were never any Black men who had my back. To the contrary, I grew up with a brother who would murk anyone who attempted to harm me. I had step brothers who coached me through some very difficult times in my life. I had a father who taught me important lessons like, “If they don’t like you, who cares? They can’t whoop your ass.” And a host of dear friends who I will never be able to thank enough.

I also had people like Darrick Smith, an educator and dope individual who nicknamed me “A+” after seeing one of my report cards. I had leaders like Rev. Rowden who reminded me that success in life wasn’t just predicated on what others thought of me but what I thought of myself. So, while the positive Black men in my life often felt outnumbered by the negative, they buoyed me when I struggled with the very targeted attacks I experienced.

In a way, I am grateful for the Mr. Harris’, the drummer guys, and the school staff and administrators who undermined, diminished, exploited, and/or assaulted me. In an odd way, while I am aware that no one deserves to go through that treatment, I also know I wouldn’t be who I am today without it.

So, thank you Black men who went above and beyond the call of duty to remind me that your insecurities, misogyny, and internalized hatred were more important to you than group uplift, solidarity, and ensuring a more promising future for Black people in general. And, thank you for writing me off. You made it just that much easier for me to see the invisible threads stitching me down, holding me back, and limiting me from my full potential. I have made a daily effort to cut them away ever since.