The Fight for Black Lives Must Be Transnational 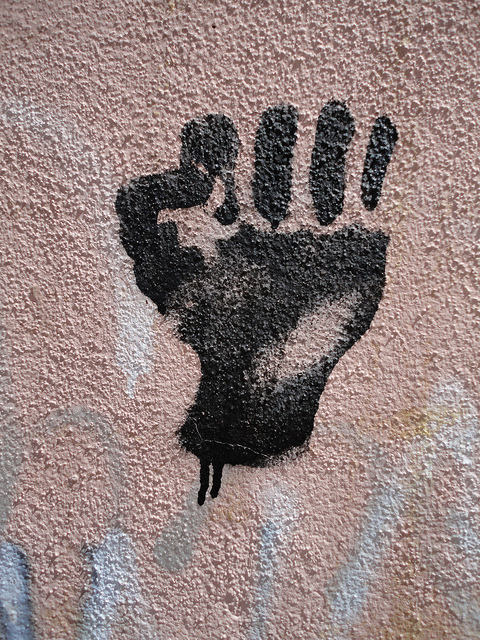 Recently, the Movement for Black Lives convened in Cleveland, Ohio. Activists, organizers, writers, community leaders and concerned citizens alike gathered for three days to engage one another on the important issues facing Black Americans. Meanwhile, a similar movement has been gathering thousands of miles away in the country of Brazil. Their similarities are striking and underscore the need for transnational fights for the preservation of Black lives.

The movement for Black lives in Brazil will culminate in the third annual International March Against the Genocide of Black People on August 24th, 2015. The event was organized by the React or Die! organization, described as “A campaign for Life, against racism, sexism and homophobia” in their manifesto. In their national and international statement, the React or Die! campaign made it clear that this march is not meant to focus on only one small group of Black people.

The march is meant to combat oppressive structures which affect queer, trans, and Black folks in general in Brazil. And, this is not a one time event. Rather, the React or Die! organization seeks to draw attention to the genocide, intimidation, and exclusion of Black people in Brazil all year-round.

In a personal email, a movement volunteer expressed how the Movement for Black Lives in the United States intersects with the issues faced by Blacks in Brazil.

“Police violence is out of control in Brazil. In the early morning hours of Friday February 6, 2015, military police officers from RONDESP (special forces similar to the SWAT) raided the working class, majority black neighborhood of Cabula in Salvador. The officers claim they entered into a gun battle with thirty men who were hoarding arms and criminal paraphernalia. However, witnesses claim the they were unarmed.  In the end police killed thirteen people between the ages of 16 and 27. In Brazil, the police kill more than six people per day, or 11,197 over the past five years and approximately seventy percent of these victims are of African descent.”

“In the United States, by comparison, the police have killed 11,090 over the past thirty years.  As I was following the Movement for Black Lives Convening, thought that this would be a powerful opportunity to strengthen the international/transnational fight against genocide and movement for Black Lives.”

Overall, what is most important is that the movement for Black lives never be seen as centered only on the United States. Throughout the past year, expressions of solidarity with organizers in Ferguson, Baltimore, New York, and elsewhere in the United States have come from marginalized groups around the world. By supporting the International March against the Genocide of Black People, we, in the United States, can express the solidarity which has been thee life blood of the Black Lives Matter movement thus far.

What you can do to help:

1) Make a hand written sign stating, “YOUR NAME/ORGANIZATION supports the III International March Against the Genocide of Black People”

2) Hold the sign while recording a short video (30 sec – 3 min), stating your name/organization, where you are from and why you support the III International March Against Genocide.

Sample Text: “I/We INSERT ORGANIZATION support the 3rd International March against the Genocide of Black People in Salvador, Bahia on August 24th, 2015. Our lives as Black people matter globally, so our fight must be a global one as well….”

If possible, please state why the struggle in Brazil matters to you and your local struggles. The goal is to emphasize that our collective struggle as Black people is international.

3) Post the video to your organization’s Facebook page and/or your individual Facebook Page and tag the org –@AlysiaCarey @Reaja ou Será Morto, Reaja ou Será Morta (contact Alysia Carey at manncarey@uchicago.edu if you have difficulties).

4) Participate in the August 24th twitter storm! Tweet your video with the hashtag #reactordie2015 @reajaou at 12noon EST!

5) Spread the word! Tell people about the campaign, invite people to join this solidarity effort, visit the blog and contact the org to exchange information!

Find more information about this very important organization on their Facebook page. Also, follow the hashtags #ReactOrDie2015 and #ReajaOuSeráMortx for more updates.