‘Heroes Reborn’ Webseries Reminds Us Why We All Loved ‘Heroes’ [VIDEO] 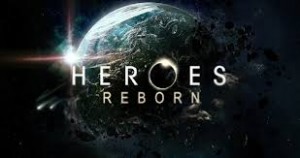 We are just over a month away from the debut of Heroes Reborn, a continuation of the popular NBC series Heroes. And in preparation for our return to that fictional world, the webseries Heroes Reborn: Dark Matters chronicles what happened in the wake of the show’s end as well creating a jumping off point for the new episodes. Most importantly, it reminds us of why Heroes was so great to begin with.

Heroes burned too bright too fast, with the series never quite matching the brilliance of its first season, finally flaming out with a nonsensical fourth season centered around a carnival. But with Heroes Reborn, the show creators have an opportunity to move past all of the mistakes that were made and get back to the magical world they created in season one.

From what I’ve seen, anyone will be able to enjoy the show, having watched the prior series or not, but there is added significance to the show’s events if you are familiar with the backstory. The same goes for the prequel webseries Heroes Reborn: Dark Matters. The story itself is engaging all on its own, but weaving it together with material from the original Heroes series, it is that much cooler.

Most importantly, Dark Matters proves that the Heroes show creators know what elements worked and which ones didn’t. In just six 7-minute episodes, the creators are able to craft a harrowing story, with interesting new powers, a new conspiracy, and a surprising number of surprises. If this is any sign of what is to come, Heroes Reborn has instantly become my most anticipated #BlerdTV series of the 2015 Fall season.

Watch the trailer for Heroes Reborn here and stream the six-episode webseries below: