To be a Black, Queer, Unrespectable Christian in an Era of Unrest 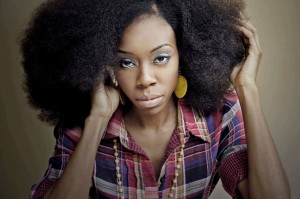 I got a “Monroe” piercing yesterday. I got it for my 31st birthday. Several times – after geeking out about how cute it is – I reflected on the words of my very staunch Christian Pastor and maternal Grandma growing up. When I was 11-years-old, I told her I was interested in ministry. In reply, she said “If you want to sit in a pulpit, you’re going to have to stop getting all those holes in your ears.” This was the first time I realized how much of my Christianity was wrapped up in performance. It was also the moment I started dismantling and unlearning the man-made systems of control meant to delimit my personhood while masquerading as “proper” Christian faith.

My mom and I chuckled about Grandma’s warning about earrings on several later occasions. First, we laughed as we drove to get my first nose piercing just about a year later. Then, we chuckled again when we drove to my favorite piercing and tattoo shop in Berkeley, California to get my first eyebrow piercing for my fourteenth birthday. We laughed again around my 28th birthday when we got matching eyebrow piercings just because we could. Frankly, we’ve been laughing ever since at the idea that piercing my body makes me less of a Christian.

Anyone who has read the Bible knows that ceremonial laws and rituals were abolished when Jesus Christ died on Calvary (find this in Romans – throughout especially 3 and 7, Galatians 3:20-25, Ephesians 2:15, and Hebrews 7 and 10: 1-9). This includes dietary rules, bodily restrictions (i.e. tattooing and piercing), and other performances of worship. Instead, God gave us moral law in the form of the Ten Commandments to guide our Christian walk. And, given that the Commandments mention nothing about sexual orientation, gender, nor bodily accessorizing, any messages from anyone which suggest otherwise are simply unfounded. This also extends to sexuality.

I’m a queer, Black Christian. I’m also a mother of three and wife of one cisgender, heterosexual man. My relationship with him does not change my attraction to women, gender non-binary, two-spirit, and/or other queer-gendered folks. I didn’t marry his gender or his sexuality. I married him. But for fear of exclusion or isolation from my friends and family, I didn’t come out as queer until I turned 30 and moved across the country. Why? Because my family is the type to not attend a close family member’s wedding because she’s in a same-sex relationship. These same folks have multiple divorces, have repeatedly committed adultery, shot and/or stabbed people, embody the polar opposite of the Christian walk of the Commandments, and treat others unkindly as often as possible.

This isn’t just about my family though. There are plenty of cancerous folks parading about in Christian-face who present themselves as God’s hype (wo)men. Take, for example, the Kentucky Rowan County Clerk named Kim Davis who has taken it upon herself to deny marriage licenses to same-sex couples even though this is in direct discord with biblical teachings that we must obey the laws of the land (Romans 13). She claims her act of defiance and hatred is sanctioned by God.

Davis has apparently been married and divorced several times but feels convicted to deny same-sex couples the right (a legal right) to marry in this country. It is clear that many people cherry-pick the Bible to piece together their own hybrid Christian-Hate religion. Meanwhile they attempt to force other people to conform to their narrow (and ignorant) versions of the faith. Yet, I still find the hypocrisy befuddling. It isn’t based in biblical teachings. Instead, it is a way to raise one’s self, feign righteousness, and manifest “The Other” using religion as one’s scapegoat. In essence, religion made them do it.

Davis’ actions are extreme and affect White, cisgender, gay men in this case but her motives are in the same vein as the performative Christianity many people (especially older Black folks) peddle when addressing young Black people today.

Their concerns over how we style our hair, how many tattoos and piercings we have, the sexual identity of whomever we sleep with, or how we string together our declarations of grievance cast a gaping shadow over our collective action. The infatuation with making us respectable, with denying us access to a circle of liberation which cannot be completed without us seems futile.

Simply, their wanton intoxication with a faith that looks the part without ever actually having to do the hard work of structural and societal deconstruction leaves us unnecessarily fractured. Broken.

I find this reality both exhausting and disillusioning. How many people have pseudo-Christians turned away from God because of their haphazard, ill-formed faith? How many young, Black, queer people have found no home in the sanctuary God intended for us all as a place of rest? How many people will never see or believe in Christ because we (Christians) have been terrible translators? How many?

To be a Black, queer, unrespectable woman and Christian at this moment in history means I have to witness us harm us. It is the daily act of watching us murdered in cold-blood then having to hear “The Saints” comment on how the murder was warranted given the deceased’s sagging pants. It is watching video after video after video of Black bodies slain in sport then facing Black Churches whose entry fee is the literal washing away of ourselves. I see folks in pews performing faith as if it is mutually exclusive with today’s struggle. This shit hurts.

While I am completely unsure as to how to solve this quandary, I am absolutely positive it is getting us nowhere fast. We aren’t cooking with gas y’all. I’m not even sure we know how to find the kitchen. And, I am slowly losing faith in our navigational skills.