‘How To Get Away With Murder’ Trailer Doubles Down On Deceit 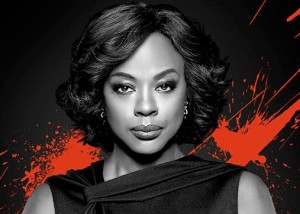 Those folks over on How To Get Away With Murder are back to their old tricks again. The trailer for Season 2 is out, and from the looks of things, the roller coaster ride is nowhere near the final stretch.

In the first promotional trailer for Season 2 of How To Get Away With Murder, we get nothing concrete. Annalise is upset, Michaela is drowning her sorrows, and Frank is cleaning things up as usual. But the magic of How to Get Away With Murder has always been in what is going on underneath the surface, and I’d bet the story is going to find deeper depths of outrageous goodness this season.

For one, there’s that whole Rebecca murder to deal with. She may be dead, but with the trailer showing her in action again, we know that there will probably be a healthy amount of flashbacks to give us insight into what might have lead to her murder. And this act is likely to have far reaching ramifications since, as the trailer states, we’ll find out who the murderer was during the premiere. These law students, for better of for worse (who are we kidding, definitely worse), are bound together for life.

If nothing else, the trailer shows that there will be deceit, there will be sex, and there will be valuable law lessons to learn, everything you’ve come to love about the show. I don’t expect anything as ground breaking as when Viola Davis removed her wig, eyelashes, and makeup to bare herself on national television, but I fully expect to see the same emotional, layered portrayals that made season one so addictive and refreshing.