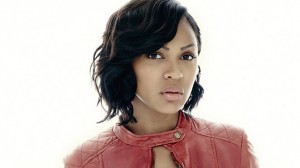 Amongst a highly competitive fall season, Fox’s Minority Report stands out as a quality sci-fi offering on a major network. And what could easily be another droll sci-fi adaptation comes together by knowing exactly what it is and what it is not.

**Disclaimer: THERE WILL BE SPOILERS.**

Minority Report continues the story from the 2002 box office hit film of the same name featuring Tom Cruise. At the start, we find out that there are three “Pre-Cogs” – folks who can sense crime before it happens – now free from captivity. Our lead, “Dash” (Stark Sands), struggles with still seeing murders before they occur, but since his gift is incomplete without his brother, he hasn’t been successful in saving anybody. But the second he passes information to a police officer, “Lara Vega” (Meagan Good), he is able to use his abilities to thwart crimes.

The two make a formidable pair with Vega’s impressive physicality and Dash’s no filter speech. And the action scenes from the pilot are engrossing thanks to quick pacing and high quality special effects. Only time will tell if that investment will carry through the whole season.

There is a heavy dose of dependency on technology advances built into the storytelling. And allusions to things from our time (The Simpsons and Tinder) keep the show light and help to keep us from getting lost in this new age. Clearly this show doesn’t take itself too seriously, but the showrunners are deft enough to balance the light-hearted with the storytelling. And for a show that uses the ability to see into the future as a part of its premise, there are still enough surprises and mysteries that are worth exploring.

The show isn’t without its downsides. I couldn’t care for Vega’s coworkers. Will Blake (Wilmer Valderrama) is an officer Vega seemingly has a past with and he has received a promotion, possibly unjustly. And “Akeela” (Li Jun Li), the Asian tech expert for the force, seems painfully typecast. But even amongst the secondary players, Vega’s mother and younger brother offer a refreshing break from the density of the procedural elements.

Still, the most intriguing aspect of the show doesn’t even come from its leads. Pre-Cog Dash’s siblings “Agatha” (Laura Regan) and “Arthur” (Nick Zano) speak to the mythology outside of the “crimes of the week”, and from their strong performances in the pilot, I can’t wait to see where their actions lead.

Check out the promo spot for episode two below.