Listen to this Playlist With Tweet, Pentatonix, and Timbaland and Get Your Entire Life 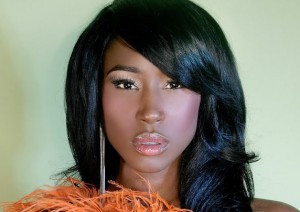 The monotony of the Top 100 can bore the average music snob (like me) to death. Because of that, I like to peruse the music most folks have missed. It’s sometimes surprising to find out what songs  haven’t gotten the play they deserve. If you’re into r&b and hip hop (and even a little gospel) like I am, here are seven songs you need on your playlist right now.

Tweet’s first single off of her forthcoming album Charlene is a toe-tapper. The feel of a down home church spiritual. The game has been missing the southern hummingbird, and on “Won’t Hurt Me” she drops a laid-back track dripping in soul. The track is simple enough, with a basic bass line, electric guitar, and keyboard, but that barely there production is the perfect device to spotlight Tweet’s one-of-a-kind vocals.

My how our little Avery has grown. It seems like just yesterday he was g it on The Voice and then shockingly getting the boot. Now, backed by industry legend Clive Davis and super producer Sean Garrett, he is introducing his second single “Change My Mind”. His debut single “If I Have To” let his flex his range, but “Change My Mind” is a much more upbeat and radio friendly offering. Wilson plays with a tinge of reggae, just enough to not sound foolish, and Migos even manages to give an appropriate assist. Song is fire.

Travis Garland has somehow not been able to cross over to the mainstream yet, and I’m ok with that. It means he can make music without too much industry intervention and keep dropping EPs like his most recent Uppers+Downers. Standout “WOLVES” has an infectious bass line and a creative cautionary tale about backstabbers. And Garland slides his vocals over the beat perfectly.

The only breakout act to come from The Sing Off, Pentatonix has been steadily growing their fan base over the years by performing a mix of popular songs and original arrangements. But on their forthcoming album, it’s all originals for the five-piece. The lead single is brimming with pop appeal, but their pitch perfect harmonies and soulful voices put this one over the top. Then they went and scored a Tink feature? This song gets better with every spin.

JoJo’s path back to music has been a treacherous one, riddled with record companies and contract snares. But now that the mess is behind her, she’s back to make a statement. “Say Love” sports minimal production to make her voice the focal point. The Harmony Samuels penned  ballad has JoJo pleading to just hear those three little words.

Timbaland, the mastermind behind the music of the hit show Empire, out V Bozeman on the map when she was featured on the opening song for the series. He teams up with her again here for a joyful upbeat song about finding happiness and strength in love. The song wears Timbaland’s complex simplicity production well, and Bozeman’s pipes are as stunning as ever.

Peeks into Tamar Braxton’s forthcoming album Calling All Lovers keep on coming. The newest drop is “Circles”, a tried and true R&B ballad. Backed by the same drums from “Love and War”, Braxton sings her heart about going around in circles with somebody she loves. Her simple vocal is silky on pristine runs and soaring high notes. If you have any nostalgia for the golden age of R&B in the 90’s, this one is for you.

Kirk Franklin has taken a step away from music as if late, focusing on developing his record label and hosting duties on BET’s Sunday Best. But now he is back and inspiring folks to take control over their own happiness. As usual, Franklin packs a simple message into an instantly ear-pleasing track. He draws inspiration from Al Green’s “Tired of Being Alone”, furthering the connection with a soulful toe-tapping production.