3 Reasons Why Michael B. Jordan’s PR Team is the Real MVP 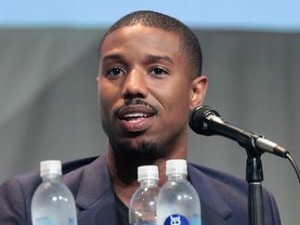 Last week, Michael B. Jordan was accused of supporting “All Lives Matter” after a supposed interchange on Snapchat. Without necessarily seeing evidence supporting these accusations, many folks on social media immediately voiced (or tweeted) their concerns about this purported betrayal. Folks were up in arms, ready to drop Jordan from the #1 Bae spot on their celebrity crush rosters. But quickly, Michael B. Jordan, or better – Michael B. Jordan’s PR Team, handled the situation to perfection, shutting down the drama well before it became a major (irredeemable) controversy. Here is an autopsy of what he did right and how other Black male celebs should take note in case they find themselves in a similar quagmire.

First, one of the most important things Jordan did in issuing his comments on the matter was taking to it a Black publication, Essence magazine. Rather than offering some random lip service to satiate critics or some faux apology in a predominantly White publication, he issued a very in depth open letter to the mag which serves primarily Black women. Good move Michale B. Jordan.

Second, the letter was earnest, up-front, and devoid of airs.

The letter opened with this.

“I have been a professional actor for most of my life, but being regarded as a leading man is new to me and has taken some getting used to. Recently I had the opportunity to be featured on the cover of one of my favorite magazines. In the interview, several points that I shared were communicated in ways that do not reflect my true feelings and opinions. In addition, there were reports written about me elsewhere that simply aren’t true. I’d like to set the record straight.”

Jordan’s words were stern but what followed was a concise list of responses to the specific concerns his fans and critics have had of him. The most important part of the apology was the ending.

“Lastly, my fans who are women mean the world to me. This is especially true of Black women, who as a group have supported my work long before the industry knew my name. I deeply regret and am ashamed that I said anything to disappoint or disparage them. I apologize with my whole heart for referring to women in the way that I did. The word ‘female’ used in the manner that I did is dismissive and strips women of their humanity. It is a slang term that guys sometimes use to sound slick and cool coming up. But words have power and I realize now more than ever that this careless language is dehumanizing, inappropriate, and immature. I’m a better man than that. This reference to women will not come out of my mouth publicly or in private again.

In all, although some of what I said was taken out of context, I take full responsibility for the interview and I apologize for the hurt and confusion it has caused. This has been an important lesson for me. I humbly ask my fans to grow with me, as I learn more about myself and this industry.”

Honestly, I uttered an audible “Yasssss….” when I read this last part. Reading this made me feel like somebody raised him right. Some Black woman somewhere means something to Michael B. Jordan. This is absolutely clear after reading this letter.

Third, Jordan didn’t run around on social media or television responding off the cuff to these accusations. He didn’t do what Miguel did and try to blame the controversy on Black people being “too judgemental.” He never acted like Anthony Mackie, pretending like concerns about race and racism in the United States are unnecessary or distracting. Jordan just took the time to give his fans and critics a real answer to their concerns, judgement free.

Granted, everyone can’t be political bae Jesse Williams who is equal parts fine and socially aware. But, Michael B. Jordan’s recent handling of criticism around gender and race shows that he is aware how important these issues are to his fans. Not only that, it is indicative of his connectedness to the characters and communitiies which he has depicted in film. His massive successes in Hollywood don’t seem to be affecting his commitment to Black lives. So, I’m still down with Michael B. Jordan and I appreciate that he is still down with us.