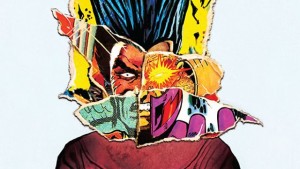 News broke recently that two X-Men related properties are going to find homes on our television screens. This could be epic or it could be more of the same.

Despite a perceived rocky relationship between Marvel and FOX (reference that recent Fantastic Four movie), the two have partnered on two television series. The first, Hellfire, spins out of the immensely popular film X-Men First Class and centers on The Hellfire Club, an elite and rich secret society and longtime foes of the X-Men. Here’s the series synopsis:

Set in the late 1960s, the series — which will be produced by 20th Century Fox Television and Marvel Television, with 20th Century Fox handling the physical production — follows a young Special Agent who learns that a power-hungry woman with extraordinary abilities is working with a clandestine society of millionaires – known as “The Hellfire Club” – to take over the world.

To be honest, this seems heavily uninspired since this plot of this show was basically already covered in X-Men First Class. And since this show is supposed to fold into the continuity of the films, I’m not seeing the  grab here. Unless this special agent has some fan favorite mutant backup or the members of the Hellfire Club are truly formidable and powered foes, I don’t see this lasting long on network TV at FOX.

The pilot introduces the story of David Haller: Since he was a teenager, David has struggled with mental illness. Diagnosed as schizophrenic, David has been in and out of psychiatric hospitals for years. But after a strange encounter with a fellow patient, he’s confronted with the possibility that the voices he hears and the visions he sees might be real.

If you didn’t know, David Haller is the son of Charles Xavier (Professor X) and one of the most powerful mutants of X-Men lore. And his character was so intriguing for a plethora of reasons. His schizophrenia was linked to dozens of personalities, each with its own super power. He was morally ambiguous. And, because of how immensely powerful he was, he was viewed by others as either a potential mutant savior or a threat that needed to be out down.

Considering that this show will be landing at FX, take heart that it will not likely be sanitized. Expect it to be a bit offbeat, violent, and heartwarming all at once.

Unfortunately, neither of these series seem to be delivering what fans have been clamoring for. Since FOX started pulling from X-book material with the first X-Men film, fans have hoped for other iterations like Generation X, X-Force, New Mutants, or even The Morlocks to get a little love. But just as fan critiques of the X-films have gone, it seems the great minds at FOX think that they know better. This could mean failure or success. But, only time with tell.

Are you excited about these new comic-based TV series? Will you watch? Let us know in the comments below.