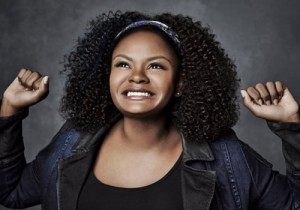 Excited for the upcoming The Wiz Live! coming to NBC this December? Of course you are. And to stoke those flames of excitement a bit more, NBC released a video this week featuring the production’s Dorothy (Shanice Williams) along with the role’s Broadway originator Stephanie Mills singing the iconic “Home”.

This video plays on all of the nostalgia viewers have for The Wiz. The arrangement is untouched. You’ve got Mills’ unmistakable voice. And Williams shows that the months of training she has gone through in preparation for her debut have not been wasted.

Williams is the star here, as she should be. Her take on the song is emotional and heartfelt, and even though they are not in costume or on stage, she is fully embodying Dorothy.

Kudos to NBC for making this production happen. From this 3-minute taste, I know it will be magical. The Wiz Live! airs December 3.

Watch their stunning performance below: