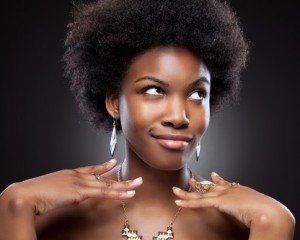 Alice Walker once said, “No person is your friend who demands your silence, or denies your right to grow.” I couldn’t agree with her more.

Over the years, I have decided that I have a major issue with people who attempt to shame others when they grow and change. I often cringe at sayings like, “Don’t forget, I knew you when you were nothing,” or “You grew up and now you think you’re better than somebody,” or, my personal favorite, “I’ve known you for a very long time. I know the real you.” These phrases are often spewed by childhood besties spurned by high-achieving friends who move away and never come back. Sometimes, exes like to use these colloquialisms to impose on old lovers who have found someone better. In the end though, the logical question is: why does the old me necessarily have to be the real me anyway? Personally, I would argue that it absolutely doesn’t and in most cases, it should never be.

I remember the first time someone said one of these things to me. They were angry with me for “changing” and wanting to leave home and go to college. In a moment of frustration and probably jealousy, they attempted to anchor me to their subjective measurements of my personhood by implying that the young woman I was becoming was somehow inauthentic. You know, because the person that I was at seventeen was clearly the person I was supposed to be for the rest of eternity. In this case, rather than affirming my need and desire to become something more than I had already been, this person lashed out at me in an attempt to delegitimize and undermine my aspirations. By telling me that my new self wasn’t “real,” they made me question the veracity of what was really just the natural progression of my life toward my goals.

After hearing words like these over and over again – usually at times when I was the proudest of my accomplishments and the attainment of my personal expectations – I began to realize the effect they were having on me. I shared my talents and strengths with others less and less for fear that they might be threatened by my dopeness. I pulled away from friends who expressed disappointment with their own lives so that they would not be a potential site of harm for me. In fact, I became so concerned about making sure that I wasn’t “changing” that I tried to remain friends with people who really added nothing to my life. Out of fear of losing the old me, I stop becoming the real me. And, I was pretty damn miserable.

Frankly, I find it highly suspect and extremely self-absorbed that anyone would assume that they are more of an expert on someone else’s personhood than that person is for themself. The notion that friends see the “real” you but you can’t implies that introspection and self-reflection are fruitless exercises. These messages also give undue power to potentially exploitive others who, in some cases, have much to gain from you never growing up and moving on in life. These are hard facts but they’re true.

Granted, much of this changed with age. Over time, I came to realize that if I was changing, it probably meant that the “me” that was there before probably wasn’t very real or permanent. I gave myself permission to be better than my old self. I held myself accountable to my dreams and stopped letting others dictate how the events of my life would play out. I stopped trying to preserve versions of myself that made others feel validated and started working on validating my own lived experiences. It was shortly after those changes that I realized who my true friends were.

Alice Walker was on the nose when she underscored that friends aren’t there to keep you from growing. If anything, they should be the first ones pushing you on planes, buying tickets to your events, attending your graduations, and cheerleading from whatever sideline happens to be framing your big moment. And, as a great friend, you should be more than willing to do the same for them.

But, no matter what, anyone who requires that those around them never change, evolve, or grow to be better isn’t really a friend. And, perhaps they are still just an old version of themself from which they are struggling to break free.