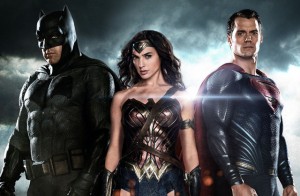 I really wanted this trailer to be good. I was rooting for it. And maybe it was Ben Affleck’s laughable “Batman voice” or Jesse Eisenberg’s manic take on Lex Luthor, but I can’t find it in me to take Batman v Superman: Dawn of Justice seriously.

And that is exactly what the trailer is begging us for. It wants Henry Cavill’s Superman to be a tortured soul that is revered as a god. It wants Affleck’s Bruce Wayne to appear insanely consumed with revenge, like he ever posed a credible threat to Superman. It wants Eisenberg’s high-pitched blabbering to symbolize a psychopathic genius. But in the end, it looks like a bunch of folks having an “acting too hard” battle. It seems more like an SNL skit than a full-length feature.

After Man of Steel (not a great movie, but not a bad one either), I thought that Warner Bros had at least set the basis for a credible DC Cinematic Universe (they affectionately call it the DC Extended Universe). Superman was grounded outside of his godlike powers. That distinct high contrast film quality grew from distracting to tolerable. And most importantly, the WB had arguably reinvented the way we would perceive DC’s heroes.

But from the looks of this trailer, Batman v Superman: Dawn of Justice was created with the goal of trading on all of that. The interpersonal interactions that defined Man of Steel more than the action scenes appear to be switched out for machismo stare downs between Clark Kent and Bruce Wayne. And their superhero alter egos seem to be doing the same, reduced to their public perceptions instead of the humanity underneath.

And that’s not even the worst of it. The foe they end up taking on together somehow makes everything that much more loathsome.

The only real bright spot here is the entrance of Wonder Woman, played by Gal Gadot. Yes, she has no dialogue here, but that somehow makes her look like the most credible character on screen.

Stream the trailer below: