There are Diverse Dolls For Diverse Kids This Holiday Season 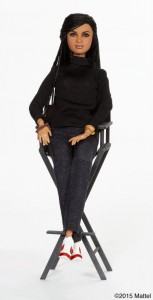 When I was a little girl, I loved Barbie dolls. I had so many. Most of them were White. I remember when I was eight-years-old, someone bought me a “Malibu Barbie” who was tan colored. She didn’t quite look Black but she clearly wasn’t White. I remember treasuring that doll because her slight closeness to me appealed to my own senses. Now, we are living in an era where companies like Mattel – creator of the iconic Barbie doll – are understanding why that closeness and the complementary diversity on their parts is so important.

But this isn’t just about skin color. My dolls all had designated lifestyles I couldn’t relate to. Convertible vehicles and three-story houses were a norm for Barbie. And, they even subscribed to specific gender roles. There were versions of Barbies as flight attendants, princesses with ballroom gowns, and even doctors. They always wore high heels and had stringy hair that got stuck in the plastic brushes. It was all cute and “feminine,” but it set an early expectation for what girls should aspire to become. But, it seems like that is all changing now.

Clearly, the doll giant has finally caught up with the times and delivered on what the children of today are looking for – images in their toys which reflect themselves and their own diverse aspirations. And the numbers don’t lie. When DuVernay’s doll was released, it sold out in less than 20 minutes. I saw post after post of people saying that had been refreshing the Amazon window trying to get one these dolls. I tried too, to no avail.

These dolls were in high demand, just like the limited edition Zendaya doll that was released this fall. Frankly, I am surprised that it has taken Mattel so long to figure this core consumer out.

But Barbie isn’t alone in this space. Other companies have innovated as well, creating STEM dolls that promote girls (or boys) as engineers and scientists. They even go so far as to promote positive body image by using figures that are more accurate to pre-teen body shapes. Some might think this is unimportant but for many children of color and differing body types, this is a key way for them to see themselves as the standards of beauty rather than the exaggerated bodies of the anatomically incorrect Barbies of yore.

So as you complete your holiday shopping this year, make sure that you support these product lines and inspire the little girl in your life. I can say from experience that it truly does make a difference.