Why Aren’t the ‘All Lives Matter’ People Outraged About Ethan Couch? 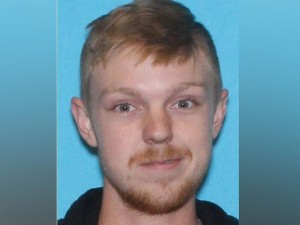 In December 2013, news broke that a young, well-to-do 16-year-old White male named Ethan Couch had been sentenced to probation after mowing down four people in a drunken stupor, killing them all and injuring two others. The claim: he suffered from something called “affluenza” – a problem which kept him from truly understanding the consequences of his actions because he had grown up never really having to answer for anything. Now, Couch is defying those orders and evading capture by police, and even the FBI and US Marshals.  Oddly though, there seems to be a deafening silence coming from all those people shouting “all lives matter” at the protestors and demonstrators all over this country who have been speaking out against the murders of innocent Black and Brown people. I wonder why…

I don’t wonder why. I’m being completely facetious. I know that no one is screaming “all lives matter” about this because this kid is White and well-off. His privilege shrouds him from responsibility for his actions – even when those actions include murder.

In June 2013, Couch stole alcohol from a local Walmart and got wasted. It was after stealing the illegal substances that he decided to get behind the wheel of a truck with his two friends riding in the truck bed. During his drunken, criminal escapade, he came upon a youth pastor, two women, and a child. Everyone in the ensuing accident was either killed or seriously injured except Couch. Not only did he come out of the accident okay, he was given the equivalent of a slap on the wrist. There were no major protests after the decision was made. No White people wringing their hands lamenting the harm done by this irreverent, reckless White kid to these innocent White people. Not. A. Single. Peep.

Situations like these are evidence that the “all lives matter” trope is less of a call for parity in how we think about issues of homicide, crime, and poverty and more of an effort to silence Black and Brown people who have legitimate reason to criticize an oppressive government seeking to eliminate them. The moment a young Black person is murdered in cold blood by a civilian or a police officer, these people come rushing out of Starbucks and Hobby Lobby poised to remind us that we should care about White people’s lives too. They want so badly for us to shift the focus away from blackness because it reminds them of their racism. It’s a nifty trick but so damn basic.

These people spend such enormous amounts of energy harassing oppressed Black and Brown people that they don’t have any time to critically engage with their clear preference for crime when committed by White people. What these people are saying is: “We know you think things are bad for your people. But just imagine how bad it is for everyone else. Can’t you see anyone else’s problems besides your own, Black and Brown people?” They think we’re fixating on our problems yet they conveniently invisibilize their own complicity in this White Supremacist criminal (in)justice system.

Frankly, I’m going to need folks to be more outraged that a murderous sociopath is successfully escaping police custody right now. We know that he is capable of killing and that he doesn’t seem to care very much. This seems like a prime mobilization opportunity for the “all lives matter” crew. So, I won’t hold my breath or anything, but I am waiting for something, anything where this matter is concerned.