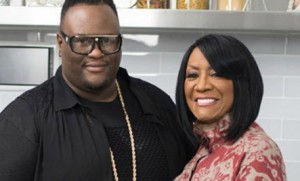 The Patti Labelle sweet potato pie aka “Patti Pie” phenomenon has taken over the holiday season. Her pies were sold out nationwide within days of their debut at least in part because of a viral video from James Wright Chanel. But when that partnership turned into an appearance on her Cooking Channel show “Patti’s Place”, the world wasn’t ready for the amount of pure unfiltered blackness that was about to take place.

Filming the episode at Patti’s son’s house in Philadelphia, Chanel and LaBelle spent the entire episode singing over food like pastrami pot pies, peach and apple cobbler, and her signature sweet potato pie. The best part was Chanel’s repeated “Patti!” calls and their clear friendship on-screen.

Frankly, I haven’t seen this much raw blackness on mainstream television in, well, ever.

Watch the full episode below: