My 1st Goal for 2016: I Will Forgive For What Folks Did Not What They Do 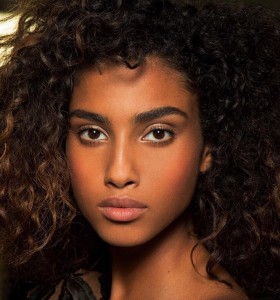 Accountability is a beautiful thing. Sadly, it’s also a rare thing to behold nowadays. I’m changing that in 2016.

When it comes to human interaction, there is this notion that harmed people should always “take the high road.” In some cases, this means ignoring the harmful and violent behaviors of others in an effort to avoid conflict. In other cases, it is the result of a societal agreement that the aggressor is, perhaps, incapable of reacting appropriately and might cause further harm. Therefore, it is suggested that the more mature, more emotionally intelligent person bear the brunt of the burden of what conflict has already transpired. These ideas end up silencing people who have legitimate concerns about how they are being treated. And, it never holds harmful individuals accountable for their actions which just empowers them to keep being harmful.

On a mass scale, this lack of public accountability is the phenomenon seen just after major tragedies when folks are called to forgive murderers and other reckless people before they have even fully had a chance to register the events themselves. A prime example of this is the reaction from folks after the massacre at the Emanuel AME Church this summer. Folks were so bent on forcing blind forgiveness down Black people’s throats that they failed to acknowledge that these murders were not an anomaly, they weren’t random. They were a part of a larger framework in this country to eradicate blackness. In this way, Black  people in the aggregate have been called upon to pre-forgive any White person for any aggressive, racist, murderous, or violent act because White people’s feelings are centered and take precedence over those of Blacks.

This type of forced forgiveness without any real accountability is precisely what allowed Ethan Couch to emerge virtually unscathed after mowing down four people, killing them in cold blood. It rests on this idea that the aggressor somehow deserves to be forgiven. Not only that, forgiveness is due to them just by virtue of their existence. This is especially salient in cases of interracial violence where the aggressor is White and the victim is Black. I’m not checking for this narrative. I’m not checking for it at all.

For me, I am resolving to stop (publicly) forgiving harmful and violent people or excusing behaviors that are still happening especially those which haven’t been acknowledged as harmful. What this means is, I will forgive folks for the things they do but I will not pardon them in the ways that society requires of us so often.

Some will read this and ask how I can call myself a Christian if I do not forgive people. That isn’t what I am saying here. I will forgive everyone who does me harm in my heart. I will continue to love others unconditionally as I have been called to do. However, what I will no longer do is perform forgiveness as a public act for people who continue to harm me. I will not center their feelings of guilt when they haven’t even acknowledged the pain they have caused. I will not prioritize harmful people while neglecting myself. I will set the boundaries and it will be their jobs to work toward re-building a healthy relationship – if I even leave room for that. In some cases, I will just be totally done with them forever. I’m okay with that too.

Forgiving people doesn’t require that we wipe clean our memory or their slate. We have the ability to recall events for a reason. And, while I don’t totally believe the phrase, “People only do to you what you allow them to do,” I understand it’s basic premise.

The truth is: I am not required to let harmful or violent people back into my space once they have shown themselves. And, their continued violence and harm means that they either don’t give a shit about my feelings or personhood or are invested in harming people. In either case, since I’m not their mama, lover, or tax collector, I have no reason to invest myself in their betterment. My priority is self-preservation. As Black folks, this should always be our foremost goal.

Dr. Maya Angelou once said, “When people show you who they are, believe them.”  All I’m saying is, maybe it’s time we start believing folks rather than offering pubic displays of forgiveness to protect their feelings. Perhaps if we all did this, we’d see an end to some of the behaviors we have grown so accustomed to.