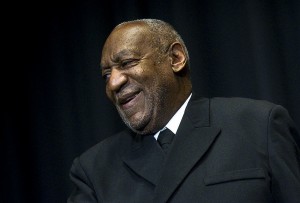 My mother always told me that opinions were like ass holes because everyone has one. While her words ring true daily, comments following Bill Cosby’s arrest this week remind me how far people will go to defend their wrongheaded opinions.

On Wednesday, actor, philanthropist, and entertainer Bill Cosby was formally charged with aggravated indecent assault in response to rape allegations from Andrea Constand. The case is almost 12 years old and was about to reach the statute of limitations in January. In the case, Constand reported being drugged and unable to move when Cosby sexually assaulted her. This was enough to charge him, and rightfully so.

Sadly, folks on social media have come up with some of the dumbest, patriarchal, rape culture-y responses ever in defense of the rapist who played “America’s Dad” on television so many years ago.

It’s times like these – when reading between the lines and listening to what people don’t say – where one learns a lot more about the silent approval of gender violence and commitment to patriarchy our culture is so grossly steeped in.

Frankly, this is one of those times when folks should start by asking themselves: do I really need to express an opinion on this at all? If the opinion sounds anything like these, the answer is a resounding “nope.”

“I think Bill Cosby deserves his day in court. In my mind, he is innocent until proven guilty.”

This is one of the most common claims of “neutrality” in discussing this issue. Folks think by placing the burden of proof on rape survivors and the courts, they have remained impartial on the crimes alleged. Except, no, that’s not the case at all.

What they’re really saying is – in their mind – litigation is the only signal of guilt or justice. Coupling guilt and court proceedings erases the very real crimes of rape, assault, and domestic abuse which go unreported every single day. The truth is, only 32% of rapes ever get reported. And, of those reported, few reach conviction. Of the few that do, only 2 out of every 100 convicted rapists will serve a single day in prison.

Our justice system sorely fails rape survivors, and this response puts unearned confidence in that broken system. Not to mention the fact that the judicial system has repeatedly named parties (like George Zimmerman) guiltless even after all else proved otherwise. At no point in this country’s short history has the law been impartial. This response biases opinion in favor of rapists. That’s not neutrality. That’s complicity.

“Bill Cosby has done so much for the community. We have to give him credit for that.”

Pivoting away from the crimes he has (allegedly) committed, this derailment tactic is really a way to tell rape survivors that their rape is insignificant if their rapist is perceived to be a “good guy.” The same argument has been made in favor of Woody Allen whose adopted daughter, Dylan Farrow, shared her experience of child molestation in the New York Times in February 2014. Arguments about Woody Allen’s contributions to film abounded. But, what about Dylan Farrow?

What folks are really saying is that good deeds grant rapists immunity from responsibility for sexual violence. This silences women who might otherwise seek justice for the crimes committed against them. For rape survivors, this response is harmful, triggering, and undermining. There is no doubt it worsens conditions for women who have been sexually assaulted.

The fact is, “good guys” rape too. A saintly public persona does not disabuse anyone of private evils. Telling women their experiences are somehow invalid because their assailant seems nice enough or is valuable to society inflicts further damage on rape survivors and suppresses efforts for justice.

“I think this is just a distraction from our “real issues” like Tamir Rice and unpunished police violence.”

The notion that holding Cosby responsible for the rapes he (allegedly) committed is distracting anyone from police brutality is baseless. Last I checked, we are still pretty fucking pissed that police officers are killing us without consequence. We are simultaneously livid that Bill Cosby has been traipsing about freely after abusing women for three decades. It is possible – even probable – to be righteously indignant about each and both. Anyone who suggests otherwise is either a) stupid or b) really stupid.

“Why did these women wait so long though? Why didn’t they say something years ago?”

Well, they didn’t wait “so long.” These allegations date back three decades. They have been in the news – and the courts – since 2005.

But, beyond that, the notion that rape survivors simply “wait” to tell their stories disregards the fact that many survivors struggle with memory lapses associated with their trauma. In case after case, rape survivors acknowledge that they’ve struggled to admit to themselves that they were even raped at all. For me, it took nearly a decade to articulate what happened to me in high school. Even then, I struggled with shame and denial.

Similarly, many rape survivors are coerced into silence. Intimidation tactics like flexes of power and economic threats pressure rape survivors into hiding the crimes committed against them. Bill Cosby, a man of great fortune who has been deemed “America’s Dad,” is certainly in a position to wield power over rape survivors. This fact, coupled with the societal constraints facing these women, means it can take years – even decades – for women to publicly share their experiences.

“He is so old. Why won’t they just let Bill Cosby die in peace?”

Among asinine responses, this is likely the most offensive, devaluing, and dismissive of the lives of women. Centering men in the quest for women’s rights is dangerous.

This response puts the needs of rapists over the long-term mental health of rape survivors. What about how women get to live out their lives? What about the peace these women seek when they report the violence committed against them?

It’s not about how rapists live. It’s about how we, as a society, sanction violence against women then shame, blame, and guilt women rather than abusers. This stance’s implicit silence on an issue of such grave concern exonerates rapists before they are even convicted.

If there is some deep-rooted need to have an impartial opinion, there are many ways to remain neutral on this subject. Folks can simply acknowledge that Bill Cosby committing rape isn’t out of the realm of possibilities. They can note the fact that many rape survivors struggle with coming forward. Or, they can simply exercise their right to shut the fuck up.

What no one should be doing though is trampling women’s agency, invalidating these women’s experiences, painting them as “unrapeable” bodies, or devaluing their voices.

Even though we have all got them, we simply don’t have to use our opinions to reinforce the status quo. Hopefully, more folks will digest that point before they open their mouths about Bill Cosby again.