Your Favorite Stories from WCC in 2015 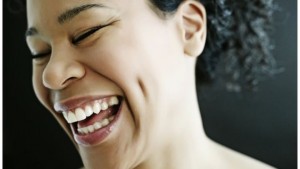 We here at WaterCoolerConvos are thankful for all if the support we’ve received over the year. Managing a website from front to back is difficult as working parents, but we do this because we love it. Keep supporting us and we’ll keep supplying that mixture of Nerdy, Artsy, and Bourgie that you can only get here.

And our top 10 posts of the year are a clear display of what we’re all about.

These posts are the ones people love to hate. They continue to be some of our most visited and most commented on posts, despite the fact that they weren’t even written this year. This proves that when you cover and analyze race relations on America, the issues endure.

*Hispanics are Becoming White and It’s Not Good

When the census reported that those that previously identified as Hispanic were shifting to identifying as White, we knew this information needed insight and analysis. And then the comments flooded in. If you’re interested in a thorough discussion about Hispanic origins and identity, our commenters had it covered.

This was the first big post we had on the site. Maybe it’s the conspiracy theorists. Maybe it is history fanatics that can’t get enough. But no matter the reason, it remains popular.

People clutched their pearls when we posted this back in 2014, and they can’t seem to let it go. Everybody doesn’t have to like the Beatles. And we shouldn’t be indicting people for their own cultural preferences.

*White Fear: The Single Greatest Killer of Black People in the US

Another post from 2014, most people get up in arms just from reading the title. The problem with that methodology is that it’s nearly impossible for all the nuance of that post to be wrapped up in the title. No matter how many commenters link to stats about how black people are most often killed by black people, the points made in the article stand.

*Racism Doesn’t Work Both Ways and Neither Does Cultural Appropriation

We aren’t here for cultural appropriation. That should be obvious. And if you think that it is “no big deal” like so many have stated in the comments section, stay mad.

*Taylor Swift’s “Shake it Off” is Most Certainly Racist

We lightweight came for Taylor Swift in 2014, and her rabid fans come back seemingly ever week to strike back at us. It seems that no matter how much time passes, they don’t understand that this is a fruitless endeavor. If you’ve got a few free hours, grab some popcorn and head to the comments section.

10. On Common, Colorblindness, and Extending a “Hand in Love” to White People

Common tried it in 2015. As a part of the “New Black” brigade, he went on The Daily Show and said that blacks need to “extend a hand in love” to white people in order to overcome racism. Not our fault, not our issue, and not our concern.

9. 5 Reasons I’m Netflix-ing Fantastic Four and You Should Too

In all honesty, I finally saw Fantastic Four a week ago, and it wasn’t nearly as bad as people said it was. Yes, the studio’s heavy hand is apparent and the film is a huge build up with little satisfaction, but this was a solid origin story that could have been the foundation for an entertaining series.

Jazmine Sullivan’s Grammy-nominated album “Reality Show” is a triumphant return from her quasi-retirement and proof positive that she is one of the best in the game. If you somehow didn’t pick this one up, buy it now and get your life.

7. Why ‘We’ Care So Much That Jon Stewart Reacted to the Charleston Shooting

Without a doubt, the shooting at Emanuel AME Church in Charleston this year was tragic. But for some reason, people prioritized the pain and despair Jon Stewart felt over the people most effected by acts such as these: black people.

Musiq Soulchild has been at work reinventing himself by exploring his diverse musical tastes through different alter-egos. He rapped as The Husel. And as Purple Wondaluv he takes on a more bohemian soul, and the results are stellar.

5. Serena Williams, Black Womanhood, and Why I Wanted to Be a Boy

Serena Williams was hands down the biggest sports star of 2015. She slayed everything both on and off the court. But her dominance also served as fodder for the haters that tired to pick apart her body and presence. In this post, we explore these attacks on black womanhood.

4. ‘Soul Singing While White’ Is Killing the Legacy of Soul Music

You don’t have to be black to sing soul music. However, overwhelming and undue support for “blue eyed soul” (that means you Sam Smith) grants them lucrative careers, trampling on the legacy of those that originated the genre.

3. What If We Loved Black Women Like We Love Black Male Rapists?

The allegations toward Bill Cosby were one of the biggest news stories of the year, and everyone seemed to have their opinion about them. A lot of folk came out in support of Cosby for his lengthy career, but in their blind following of the entertainer, many forgot that we need to love and protect the victims.

2. 10 Books Every Fiction Snob Needs in Their Life

There was a lot of solid fiction published this year, and people flipped for our list of the year’s best. If you haven’t already, make sure you peep the list and bolster your book collection.

1. 9 Black Soul Singers That Move Us More Than Adele Ever Could

Only published about a week ago, this post went viral and quickly became our most viewed post of all time. For some reason (like with that Taylor Swift post), black and white people felt the need to defend the UK songstress. But we weren’t coming for her. This post is a read on the unbalanced support a singer like Adele receives, ostensibly because she is white.

What was your favorite post of the year? Let us know in the comments section below!