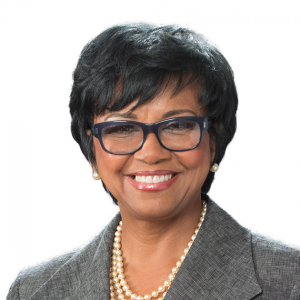 If only the Academy knew that the “one Black friend” rule was revoked at the last Black people meeting.

We’re not stupid. As minorities, we actually have a solid grasp on what diversity looks like. Stop trying to fool us (and yourselves) into thinking that you are diverse now, because you’ve included one person that has a touch of melanin or a serious tan. That is not diversity; that is tokenism. And while it may make you feel better about yourselves, is really only pisses us off. This goes for any medium, environment, industry, or relationship.

Everybody is talking about the Oscar Boycott that is taking shape. Jada Pinkett-Smith weighed in. Spike Lee did too. And from her post as Academy President,  Cheryl Boone Isaacs has set to work on the PR trail, claiming that she is “heartbroken and frustrated” over the this year’s nominations, and that there are “dramatic steps” planned to diversify the Academy. But in her own words:

As many of you know, we have implemented changes to diversify our membership in the last four years. But the change is not coming as fast as we would like. We need to do more, and better and more quickly.

I would personally love to hear what these “dramatic” plans are. As it stands, waiting for the old white men to die doesn’t seem to be working out. My hunch is that the plans are to wait it out until next year and hope that history doesn’t repeat itself. Let’s have a check in next year and see if I was right.

Why am I so cynical about the Academy? Well, they have a black woman elected as their president. I mean, if diversity was so important to them, wouldn’t they already be diverse? Wouldn’t they be hiring diverse casts and crews?  Cheryl Boone Isaacs is the Academy’s black friend, both a false symbol of their diversity and a shield from criticism. I’m sure they feel diverse enough already.

It’s just like the controversy over the ‘happy slave’ children’s book, A Birthday Cake for George Washington. Sure, the book depicted slaves as smiling  in a state of “near freedom” and proud “workers”, but their heart was in the right place, right? And if you didn’t believe them, their black friend Andrea Davis Pinkney, VP and executive editor of Scholastic Trade Publishing, was there to set you straight.

But, now that this simple-minded trick is not working anymore, white folks have no clue what to do.

They don’t understand that we can see through the bullshit. The Oscars aren’t the problem. The Oscars are a symptom of a diseased industry that is clearly and unequivocally favoring whiteness. A Birthday Cake for George Washington isn’t the problem. A publishing industry that is okay with publishing and then doubling down on a book like A Birthday Cake for George Washington is the problem.

We’re done taking scraps. And no black friend can distract us from the truth.