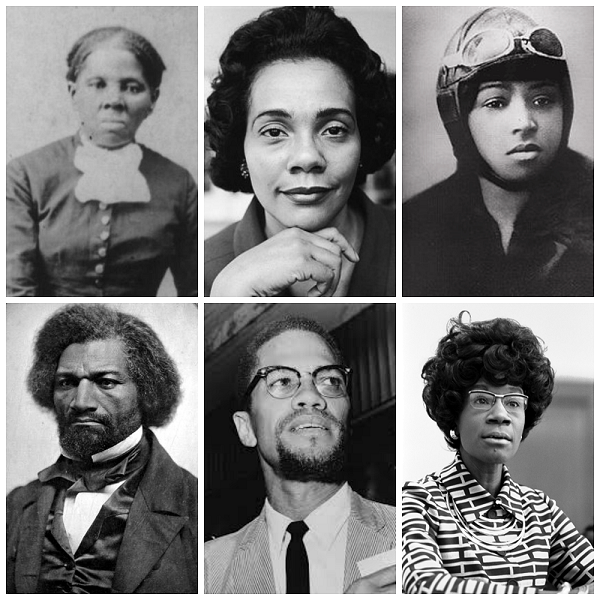 One of the earliest critiques I can remember hearing about the existence of a “Black History Month” was a freckle-faced, blonde-haired girl in my third grade class saying, “Isn’t it everyone’s history? Why is it only ‘Black’ history?” While her innocent question was, in many respects, completely valid, it still runs counter to how many non-Black people actually engage with the month-long celebration.

From the annual Black-ified commercials from oppressive companies like McDonald‘s and Walmart to the gratuitous television events and series that play on loop during the month, Black History Month (BHM) often feels like the time when non-Black people have to be reminded that we were a part of this country’s history, are making history today, and actually, truly exist.

Specifically, because so many non-Black people (read: White people) actively disengage from blackness the other 11 months of the year, BHM has devolved into a sort of icky tradition of testing White people’s Black History trivia skills and educating them about things we learned as children. This completely shifts the focus from Black Americans and ushers in the centrality of whiteness even during the (supposedly) blackest month of the year.

The problem with this is that the initial reason why BHM was created was to push back against the exclusion of Black people from this country’s historical narratives. It was meant to highlight the contributions that Black Americans have made to this country’s success while counteracting the erasure of Black histories from the larger cultural understandings of what it means to be American.

For so many non-Black people though, the happenings of this month turn into an opportunity to tip-toe around blackness and treat Black people like porcelain dolls for 28 days (29 if it’s a Leap Year). I can’t even enumerate all of the questions I have gotten over the years asking, “so what exactly do you do during this month?” and “how does your family celebrate Black History Month?” It’s almost as if non-Black people have come to view the month as an exclusive event, like some sort of religious holiday that they will have to Google the details about when no one else is around.

This means that too many folks in this country see BHM as a foreign concept. They don’t actually try to interrogate themselves as to why it has to exist. Instead, they muddle through it, hoping not to step on any Black folks’ toes while counting the days until March 1st. Some even have the nerve to be offended at Black people for “making things about race.” (ugh)

Approaching the month in this way turns February into yet another reminder that many non-Black people, specifically White people, are insulated from the diversity of Black experiences in their daily lives. Because most White people don’t actually have any Black friends, they often don’t develop the cultural sensitivity or exposure to blackness to understand the significance of celebrations like Black History Month. They often have little reason to interact with non-White people, especially Black people, and can opt-in and out of paying attention to blackness for one month a year as haphazardly as they’d like.

The fact is: when Black History Month is positioned as 28 days of little known trivia (as it so often is), it actually becomes 100 percent about White people. It turns into repeated exclamations of “I didn’t even know you guys did that!” and “Wow, I just assumed that was a White people thing.” These sentiments just center whiteness in our celebration. It takes the focus off of actual Black people and highlights the lack of knowledge about Black history in the US that is so prevalent in non-Black communities. But, it doesn’t even encourage non-Black folks to do better. Nor, does it live up to its original purpose. This is literally the reason why the month exists.

When we center whiteness and the general lack of interest in blackness in BHM from other racial groups, we imply that our identities are up for discussion and investigation for a month. We invite stupid ass critiques like “why do you people need a month?” and “aren’t we all American?” These baseless concerns underscore the fact that many non-Black people (White people) still see us as other. Instead of seeing this month as an opportunity to deepen their understandings of what it means to be  Black in the United States, many would rather use it as a chance to strong-arm the nearest Black person into a game of Black History 101. I’m just not about that life.

I am extremely Black everyday. I am what Tommie Shelby calls “thick Black.” For me, blackness is not something I perform only 28 days a year. It is my identity for every moment I exist. I certainly won’t be available for the exploitive amusement of whiteness in February just like I won’t be available for it any other time of the year.

BHM is not an opportunity for non-Black folks to appropriate our culture under the guise of learning, to insult our history by feigning ignorance, or to counteract our efforts toward liberation by undermining the necessity of our collective action. Simply, Black History Month is not about non-Black people, especially Whites. The sooner we all get that, the better off we’ll be.

The freckle-faced girl in my classroom was right, it is everyone’s history. But, it isn’t Black people who need to be reminded about that. We know who we are. We’ve been us. And, it isn’t our jobs to evangelize our blackness annually for 28 straight days.