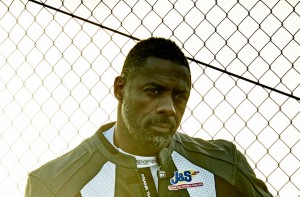 His resume is extensive. He’s played award-winning roles both on TV and in movies. Still, I’d argue that he isn’t seen to be in the same league as other “big name” actors.

If nothing else, Idris Elba is a shining example of hard work and determination paying off. He’s done it all, from guest roles on shows like Law & Order and CSI: Miami to starring in his own tour de force Luther. He’s led a Tyler Perry film, he was married to Beyoncé in Obsessed, and he was a flawless Nelson Mandela. He’s played two different roles in Marvel movies (Heimdall from the Thor line of films and Moreau in the horrendous Ghost Rider: Spirit of Vengeance) and he’s the main villain in the next Star Trek film, Star Trek Beyond. From animated to action to drama, he has done it all.

And if all of that made someone think that he couldn’t handle roles, one has to look no further than The Wire, Luther, and Beasts of No Nation. Idris Elba is arguably one of the most versatile and powerful actors in Hollywood today. But just the thought of him donning the mantle of James Bond had folks taking to the streets with pitchforks. The whole thing just makes no sense outside of the crooked thinking of Hollywood. The average person believes that fairness should govern the world, with the deserving receiving what they have worked for. So why hasn’t Elba truly broken through?

Well, after surveying his career, the one thing missing from Elba’s career is his “kiss the ring” moment. In all of his work, he has yet to star in that role that is molded for acceptance from white audiences. Lupita was put on through 12 Years a Slave. Viola Davis had The Help. Even Whoopi Goldberg had Ghost. But Beasts of No Nation, a Screen Actors Guild Award-winning performance, was ignored by the Oscars.

I, for one, am happy that Elba has been uncompromising in his career. Sure, maybe he doesn’t have an Oscar, and he may never win one. But he is a constant awardee at black awards shows, his films stay grossing big numbers, and he consistently gets cast in major roles. Those are much more powerful markers of a career than a gold statue.