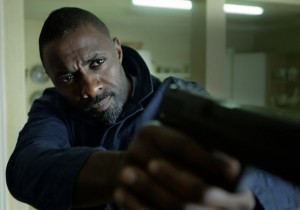 Idris Elba hasn’t been picked to play James Bond. Some say he isn’t rugged enough. Yet, he’she’s challenging critics with his new role in his forthcoming film Bastille Day.

In Bastille Day, Elba portrays “Sean Briar,” a “reckless and irresponsible” CIA agent taking on a conspiracy within the police force in Paris. He teams up with a highly skilled pickpocket who becomes his most important asset in completing his mission.

The trailer shows how great Elba is in action roles, especially when he is given the freedom to whoop ass and blow shit up. From what I can tell, he doesn’t even fit into any of the usual prototypical character sketches that Hollywood relies upon. Elba’s character is brash, intimidating, and a force of nature. And he relishes every moment of it.

Bastille Day will hit screens in the U.K. on April 22 and in France on July 13. All we need now is for a U.S. release date yet to be announced.

Peep the trailer below!