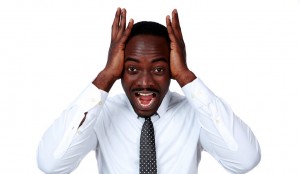 Dear white people: Black History Month is a reminder of the important place black folk hold in history and in the present; it is not a moment to feed white people’s curiosities about blackness.

White people tend to have one of two reactions to Black History Month. Either they act like it doesn’t exist, or they see it as an opportunity to do and say things they wouldn’t during any other month of the year. Like so many other things, something that is supposed to center blackness suddenly has become something for white people to twist to their own preferences. And I, speaking on the behalf of black people everywhere, am sick of it.

So if you are white and happen to be reading this, please take these notes to heart and share amongst your white brethren and sistren. Here are five people or things for you to stop asking black people about during Black History Month.

I am not your personal insight factory for all things rap and hip hop related. And Kendrick Lamar winning 5 Grammys and creating a chain gang on the Grammys stage does not mean that you now have the greenlight to ask ignorant or uncomfortable questions. I don’t want to hear if you approve or disapprove of his “vulgar” lyrics. And I definitely don’t want to have a discussion with you about the validity of his art. What I want is to turn up “The Blacker the Berry”, “How Much A Dollar Cost”, and “Alright” and enjoy my unfiltered blackness in peace.

2. Finding “black people books” for yourself or your children

Too often, folks see BHM as another instance where black folk can be put to work remedying their own laziness. How about, at least for just one month, people investigate blackness without a involuntary black tour guide? It’s great that you want to educate yourself or your progeny. Now take your initiative to Google and get it done.

This is not a real thing. Depite what Rachel Dolezal may lead you to believe, race is not a choice. No matter how white, Asian, Aboriginal I may feel, I’m black. That blackness comes with a list of struggles and hardships, but it also grants me access to a wealth of brilliance in culture, creativity, and straight up fineness. That comes by birth, inextricably tied to my very genetic and cultural history. And that’s the only way to get it.

When it comes to the n-word, just don’t ask. Instead, do us all a favor and just avoid the word at all costs. Trust me, nothing good ever comes from the intersection of white people and that word.

We get it. Blacks get all this preferential treatment like affirmative action, domination of popular sports, and a monopoly on all things “cool” (sarcasm). But without BHM, you might never learn about the fullness of blackness, both historically and in the present. See, the brilliant minds that decide school curricula across the nation tend to limit mentions of black people outside of slavery, the Civil Rights Movement, and if you’re lucky, the Civil War. But, I assure you, black people existed in other time periods and had much more to contribute to this country’s growth.

This is why we don’t need a White History Month. We already have that for 11 other months out of the year. There is no need to call it out even further.

This is by no means a master list. I am sure there are many more topics, individuals, and events we can add to this list. But, look at this as a starter pack. It gets you set up to cover a good 75% of the things that black people are not required, obliged, and interested in discussing with you just because it’s February (or any month for that matter).