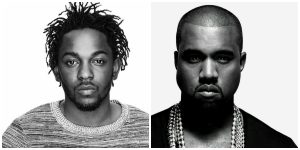 At times it seems no matter how high you reach, you cannot escape the obstacles of being black in America.

It might shock you to know that I have been battling depression for years. As I got married, as my career progressed, as I was blessed with children, and as I’ve blossomed as a writer, the depression never left. So to me, I’m not shocked to hear that even as his star shines brighter than ever before, Kendrick Lamar struggles with his own demons.

This can come from a lot of different sources. Sometimes you may not be fulfilled by the success you’ve achieved. Sometimes your personal station in life does not preclude you from having to deal with the struggles your family and friends still face. Sometimes you’ve just never adequately dealt with baggage. In any case, knowing that you should be happy yet aren’t can be a tough pill to swallow.

In his interview with MTV, Lamar points to his own inner demons and life struggles.

“Three of my homeboys [one] summer was murdered, close ones too, not just somebody that I hear about. These people I grew up with. It all, psychologically, it messes your brain up. You live in this life, you know what I’m saying, but you still have to face realities of this. I gotta get back off that tour bus and go to these funerals… Talk to my mom and talk to their aunties — the kids that lost their lives.”

These are things that fame and fortune cannot insulate you from. These are societal issues that are unavoidable on a certain level.

The most shocking part of it all is these are the words of someone whose Grammy winning album has a track called “Blacker the Berry” with lyrics like:

“Came from the bottom of mankind;
My hair is nappy, my dick is big, my nose is round and wide”

And this was before Beyoncé was talking about liking Jackson 5 nostrils.

You’d think this person wouldn’t have issues with self-worth or depression. But he does, as displayed without filter on “u” from the same album in which he declares loving himself is “complicated”.

I imagine that is how Kanye West feels. He spends so much of his public life espousing his own greatness, and much of his persona seems to be an attempt to outgrow the bounds that whiteness can place on black lives. The higher his star rises, the more incoherent his claims and actions seem to become. Publicly, he is growing more and more paranoid, as if the notion that it all might go up in smoke at any second plagues his existence. And only someone battling with serious personal demons can have the epic breakdowns that he does.

The three of us seem to be suffering from the same affliction. With more access to the world and more status and more success, it is only logical to believe that there is a way to achieve what we yearn for: a mythical freedom from some of the ills that plague blackness.

But whether it’s an inability to save our own family members, avoid that fearful eye from a white person on an elevator, or quite simply receive the respect we deserve, there are daily reminders that there is no escape. Black folks still have the highest rates of depression when compared to Hispanic and white Americans. This is not random.

Maybe we insulate ourselves from it all with excess and bravado like Kanye. Maybe we publicly work through our complexity like Kendrick. Or maybe, like me, we just take it day by day. But in any case, the darkness is an inseparable share of the beautiful audacity of blackness. It, like many things, is a struggle we face both individually and collectively.