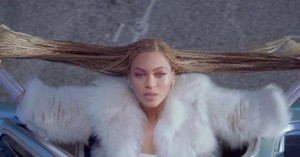 February 2016 might just be the blackest Black History Month in history, and coming down from that can have harmful side effects.

Black History Month has always been a time to celebrate blackness in its past and present. All month long, we share information and factoids about important moments in black history, hoping to further educate ourselves in ways the school systems don’t. In turn, we celebrate modern-day achievers who are blazing new trails for blackness today. But for 2016, a sequence of peak blackness moments collided to reach a new pinnacle of blackness. As Jenn says, like the Beyoncé “Formation” video, this Black History Month “broke the blackness sound barrier.”

We should have seen it coming. Barack Obama is in the final year of his 2-term presidency. Black people have been protesting oppression across the nation. Black Twitter has coalesced into a formidable force to be reckoned with. The writing was on the wall. And so, blackness ran rampant all month.

But what do we do now? Lucky for you, we have a guide to survival post-BHM2016.

From the moment the date switched from February 29th to March 1st, you might have experienced a bit of anxiety. There was so much unbridled blackness in February that you might have worried that the give-no-fucks-edness of it was only contained to that month. But the devil is a liar. Serena will stay smashing folks on tennis courts. Roland Martin’s show is still on TV One. And Beyoncé will continue to leave stages in shambles. And if for some reason any of those things ceases, remind yourself of how Melissa Harris-Perry walked off of her MSNBC show just because MSNBC has no ack right.

Black don’t crack, and these things have staying power.

Just because Black History Month is over does not mean that blackness has to fade. Black Twitter is staying vigilant, poised to drag anybody that crosses us like when Dolce&Gabbana tried it with “slave sandals.” So stay fly and carefree. Bring the boldness of your own personal blackness with you wherever you go, and show no sympathy to those that may be pressed.

And when in doubt, remember the immortal words of Joe Clark:

3. Find your refuge and place of power.

White supremacy is everywhere, and with the rise of Drumpf, it’s on the warpath. But do not be deterred. All you need to make it through is a dose of blackness in musical form to fortify you for the world. Maybe it’s getting in “Formation” with Beyoncé, or feeling “Alright” with Kendrick, or experiencing an “Ultra Light Beam” from Kanye. Whatever works best for you, have it at the ready for when whiteness comes a knocking.

Empire is the biggest show on television. Blackish just aired an episode on police brutality. Marshawn Lynch is still breaking expectations for professional athletes, opening his own clothing store in Oakland, California and quitting football with beaucoup money in the bank. Barack Obama held the Oval Office for two terms within which he sang a Ray Charles song with Usher, commuted sentences for 184 nonviolent drug offenders, and used the term “pop off” in a press conference.

Yes, leaving Black History Month will be hard. But, I have a feeling we gon’ be alright. Fellow blogger Luvvie suggests that we should just embrace Black History Year. This much blackness can’t be contained in 29 days. This past month gave the term “Black Power” a whole new meaning. I’m okay with that.

No matter how you deal with the Black History Month hangover, know that we are all struggling with this ailment. So much blackness exposure at one time can do that to you. To be clear though, things are changing where blackness is concerned. They are changing for he better. I can’t wait to see what happens next.