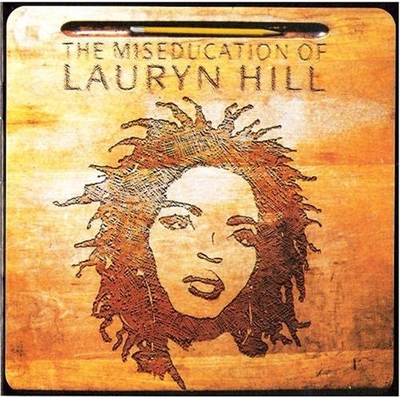 The other day, as I was driving and watching his little puzzled face in my rear-view mirror, I told my son how Lauryn Hill’s experience having her son Zion was so similar to my decision to have him. Her story, debating whether or not to have a child when her career was taking off, was reminiscent of mine when doctors recommended I abort my now eight-year-old son for health reasons.

I watched him for a moment and then realized I was witnessing his first time listening to an album that was so definitive in my youth and is still relevant to my life today. It made me emotional. Even more importantly than that, it restored me in a way that only the narratives from Black women can do for other Black women.

While I never realized it before, The Miseducation of Lauryn Hill sang to and through me in ways I could never have predicted. Her issues of grappling with misogyny, the materialism of pop culture, gender norms, and unapologetic blackwomanness buoyed me through the turmoil of my adolescent years. The influence that album had on me is, frankly, undeniable. In many ways, Lauryn taught me how to be a Black woman.

“I treat this like my thesis, well-written topic, broken down into pieces…”

I can comfortably say that I lacked a cohesive analysis of the world around me well into my twenties. In my teens, I was categorically lost when it came to issues of race, gender, sexuality, and the like. While I saw myself in Zora Neale Hurston’s “Janie,” Sistah Souljah’s “Winter,” and Toni Morrison’s “Sula,” the artistic form which nurtured me through the hardest times was music. Specifically, my reliance on Lauryn’s musings about her miseducation gave me a first glimpse of my own necessary unlearnings. When I was struggling with the abandonment from my parents, sexual harassment and abuse from older men, and a society for which I was too queer, too tall, too dark, and too “other” to be valued, Lauryn preached me through it. I realized through her stories that I, too, had some deprogramming to do.

“My emancipation don’t fit your equation.”

I remember thinking I understood what Lauryn meant when she said “first you get the money, then you get the power” on Final Hour. Seeing the lyrics as trite quips about the state of the US economy, I was unsurprised at her concerns about American greed.

It wasn’t until I got much older that I realized this was an anti-capitalist, anti-oppression, counter-colonialist manifesto nestled between sex positive love songs and critical dialogues on Christianity and culture. Lauryn’s focus on the intersections of Black womanhood made space in an industry still fixated on substance-less radio hits from Britney Spears, NSync and the Spice Girls. Lauryn’s ballads, skats, and croons were from the future. The year 1998 simply wasn’t ready for her.

“Father you saved me and you showed me that life, was much more than being, some foolish man’s wife”

The clearest image of the album (especially in her guest features) is nakedness. Unbridled and intentional nakedness.

Mary J. Blige gave us a glimpse of her experiences with domestic violence, comparing a toxic love to drug addiction. She and Lauryn’s voices dance harmoniously on “I used to love him” making clear that the “him” might be a man or something else. It could be anything that we love that still does us harm. This was a lesson it took me years to truly internalize.

It was on late nights walking home from the bus stop when I would play “Nothing Even Matters.” Hearing D’Angelo love each bar, encouraging me to stop focusing on the forest and instead nurture my trees was what I needed to push through the daily impossibles of applying to colleges I never thought I would get into and chasing dreams I knew I wasn’t supposed to have. It was to encouragement not to be afraid.

“Every time I tried to be what someone else thought of me, so caught up, I wasn’t able to achieve.”

The aptly titled track “The Miseducation of Lauryn Hill” is the musical equivalent of Audre Lorde’s resolve not to be “crunched into other people’s fantasies” for her and eaten alive. If vinyl could talk it would ask to be that song forever.

It was on that record that we saw the culmination of Lauryn’s curves and edges. Through her vulnerability, I was able to see more of myself. The wholly unwhole parts. The radiantly tarnished features of my personhood.

All of this introspection, reflection, and contemplation made me realize how impossible it would have been for Lauryn to follow this album with anything else. Miseducation isn’t just music. It isn’t some brainless stringing together of participles and chord changes. Lauryn’s masterpiece is a ballad to Black womanhood.

So much of my experiences map onto the very lyrics Lauryn belted out in these sixteen labors of love. Every time I play the album, it’s as if she’s outside my window holding a boom box over her head, coaxing me to the open air, begging me to consume the Blackness she’s serving.

I’m so very grateful Lauryn found herself and loved her on this album. In many ways, I found me through it. And, as I watched my son’s puzzled face slowly relax, his shoulders lower, and his body lean back in the rear seat, I couldn’t help but think that maybe he was finding something about himself in it too.