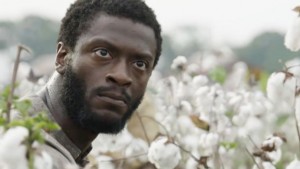 I watched the beautifully shot and passionately portrayed Underground on WGN America Wednesday night. While watching, I couldn’t help but recognize how important it is that shows like this be celebrated. At the same time, I lamented how it might be received by white audiences.

Underground tells the story of slaves in the Antebellum South, dreaming of escaping north and finding freedom. And this series has everything going for it. Period piece that dives head first into the perils of slavery? CHECK. Involvement of prominent and “black-approved” celebrity? CHECK (John Legend). Cast of actors guaranteed to deliver blistering performances? CHECK (Jurnee Smollett-Bell) CHECK (Aldris Hodge) CHECK (Chris Meloni). The show does not disappoint.

My breath was literally taken away in a long shot that led Jurnee Smollett-Bell’s “Rosalee” on a run through the plantation and into the back yard so that she could help deliver a child. I cringed as she was beaten, taking a brutal whipping punishment in place of her younger brother. Even the image of the slaves working in a cotton field is as striking as anything I’ve seen in a feature film. It is these immaculate and wonderfully cinematic shots, punctuated by modern music, that put the show in another league of small screen entertainment.

That film quality level of execution also extends to the actor’s and actress’s performances. The slaves are not shown to be simple-minded brutes. The whites are shown to be the cruelest of slave owners and also deeply troubled by the realities of slavery. Each character has volume with positive, negative, and personalized traits. The complexity of the characters makes the show more than a narrative of life during slavery. Underground manages to take the two-dimensional images of the slave that have dominated American history and turn them into fully realized humans. 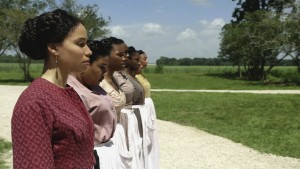 And, this is not an understated series. Even its quiet moments are filled with conflict and fire. That is exactly what makes the show so captivating.

This is also not to say that there are a litany of “OMG moments” employed to hold your interest. We already know the stakes that these characters face, but they don’t let that knowledge hamper their performances. Instead, it fuels them, seeding urgency into the roles.

Taking these things into account, Underground is near flawless. But at the end of the day, historical pieces like these are always problematic and tricky to navigate. As important as the storytelling may be, there is a constant fear that these works perpetuate the bigoted thinking that justified this behavior in the first place. And we have to ask ourselves if positions of servitude and slavery are the only ones in which others will deem our performances as worthy. Lupita N’yongo spoke directly to this point in a recent interview for The New York Times.

We also have to ask ourselves what merits Oscar prestige. Often, they’re period stories. And for people of color, they end up being about slavery or civil rights. A blockbuster won’t do it. Do I have to be in a big Elizabethan gown?

Unfortunately, Underground doesn’t exist in a vacuum. It is airing during a tumultuous political climate where black bodies are still oppressed and lynched in the public sphere. In fact, an entire political movement — led by conservatives — is largely motivated by the idea of silencing black voices. We live in a world where the bigots are not so big on keeping to the shadows anymore. And as much as I hope and believe that Underground can be revolutionary in educating folks and opening minds, I worry that it can also be used to desensitize folks to these very real horrors.

Given that this was just the first week, there is still much to be seen. This is a 10-episode season. As the characters and plot lines develop, I hope to see the series’ storytelling grow even bolder and more insightful. I am lucky enough to say I am watching this generation’s Roots.

And while watching Underground as a black American may be difficult and painful at times, there’s no way I won’t be there each week to see it all unfold.