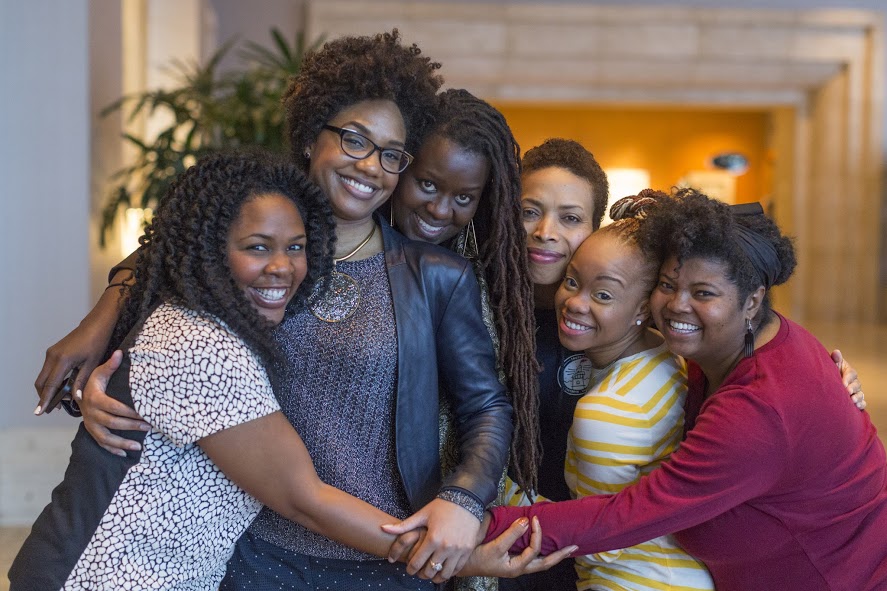 Poet and educator Gwendolyn Brooks once said, “We are each other’s harvest; we are each other’s business; we are each other’s magnitude and bond.” I have always lived in this way, making the issues facing my brothers, sisters, and nonbinary siblings my own; prioritizing the safety and preservation of others, especially Black women, before my own. I haven’t always been good at it. I make mistakes. But, a recent low point in my life made me realize that part of my issue is my lack of success in building and nurturing my village: the people who have always been down for me, who are always there when I need them, and who never judge my imperfections as evidence that I don’t deserve love.

The concept of a village is such an apt analogy when we talk about self-love, relationships, and solidarity. In a village, every member has a role. Some are hunters, others are gatherers. Some are teachers, others are chieftains. Even some others are dedicated to managing the harvest, tilling the soil and watching the crops season after season. No one has a more vital job than another. The important thing about a village is that every single person has a job to fulfill. Without each of them working in a relative state of symbiosis, the whole village crumbles.

I have been increasingly working to see my body and personhood as being in the care of a village. I have some people in my life who help me till the soil, manage through droughts, and even watch as my crops grow and recede. I have others who teach me, always having a lesson to offer that I simply haven’t experienced yet or maybe never will. I have others who nourish me; they bring me laughter when all I really want to do is roll up into the fetal position and cry. I have a village.

Where I struggle is recognizing them for who and what they are. Some of them are so far from me now that I can only ever see them virtually. Actually, that is the case for most of my village. And maybe that’s my problem.

I work so hard trying to make my village tangible, trying to make it materialize right before my very eyes, that I neglect those in my village whom I can’t see, who are working silently yet consistently, who would do anything to make sure I succeed and thrive.

Sadly, these are the people I neglect the most. I forget to call. I rarely text. Frankly, I have been terrible to my village because I have been so busy trying to build a new village everywhere I go.

I have let folks into the village who were only there to cause damage and destruction. I have open my borders to neighboring villagers who’d rather watch me crash and burn than see me grow. I have even made excuses for people I thought were in my village but were clearly there to steal resources, usurp, and exploit me just to make themselves feel taller. In a few words: I just gotta do better.

That is precisely what I am working on in 2016. I can’t keep expending energy trying to convince people I am worthy or valuable when they clearly aren’t checking for me. I can’t use any more of my precious time begging people to forgive me for my mistakes when they have no interest in allowing me to be human. I’m not infallible but neither are the people I have spent so much time trying to add to my village. Meanwhile, I have people who actually care about me waiting like, “Girl, we were always here.”

It’s time for me to start developing a village mentality. This means I can’t just let people in all willy nilly. I can’t just assume people are who or what they say they are because, frankly, folks lie. I have to do a better job of discerning folks’ true characters, by looking at what they do and not what they say. It is going to be hard but it has to be done.

In the end, there is a reason why villages either work or fail miserably. I think it all comes down to who is there and what they are there for. At this point, if someone in my village is not in it for me, I am letting them go. Not just that, I am showing them the door and ushering them out post-haste.

It’s not about hate. It’s about love. I love myself enough to say goodbye to folks who aren’t really loving me anyway.