Hillary Clinton Is Trying To Bully Black People Into Supporting Her 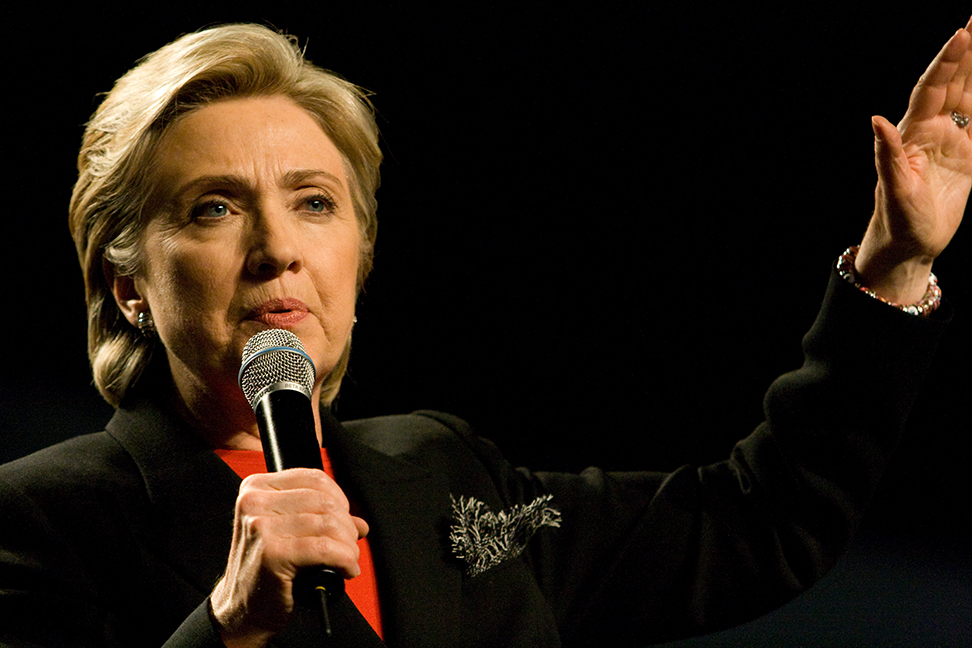 Many people think that the Democratic presidential race is pretty much decided already. Folks have looked to Bernie Sanders to drop out since Hillary Clinton has basically pummeled him through the last few primaries. They might be right. But, that doesn’t change the fact that many people, especially young Black and Brown people, just don’t like being forced to support Clinton. It isn’t because she is a woman. It isn’t because she’s White. It’s because, at times, she seems just as racist and problematic as her opponents in the Republican Party.

Headline after headline has explained how Clinton might be winning votes but certainly isn’t winning hearts since over half of the country has an unfavorable opinion of her. But, this conversation runs much deeper than a simple analysis of electoral outcomes and vote margins. This conversation touches on our conception of democracy and representative government.

It was in 1994 that Hillary Clinton, then First Lady of the United States, called young Black kids in gangs “superpredators.” This was when the infamous Violent Crime Control and Law Enforcement Act – now just called the 1994 Crime Bill – picked up steam, becoming the law of the land. This bill dealt a devastating blow to communities of color in that it expanded the death penalty, helped lengthen prison sentences, and even reduced funding for prison education programs. It was even where the “three strikes” rule, that Clinton is now trying to distance herself from, originated.

Here are just a few of the issues with Hillary Clinton’s from the vantage point of many Black people:

On private prisons: Clinton has received over $133,000 from prison lobbyists. So, her “tough on crime” narrative from 1994 seems to line up completely with the candidate she is today.

On feminism: In a talk at the New School, feminist writer and professor bell hooks said “I am finding at this stage of life, and at this stage of her politics, that I can no longer be a Hillary Clinton supporter in the name of feminism. There are certain things that I don’t want to cosign in the name of feminism that I think are militarist, imperialist, [and] white supremacist.” This sentiment has been echoed by many Black women who feel like they have been coerced into supporting Clinton just because she is a woman regardless of how her policies negatively impact their communities.

On protesters and young Black voters who challenge her: Clinton has repeatedly responded to young Black protesters with animus and ire. Sometimes, she ignores them completely. At other times, she is condescending, sarcastic even, in an effort to undermine their concerns.

See the video below where a young Black woman who says, “I am not a superpredator. Can you apologize to Black people for mass incarceration?” is hissed at, called “rude,” told she is being “inappropriate,” and a host of other insults as she attempted to hold Clinton accountable for her own words.

Going back to my earlier concerns about proper representation in the US government and especially the White House, how can Black people, in good conscience, support this candidate? If Black people tend to vote Democrat (as we know they do), how do we think through what it means that we are almost being forced to support a candidate who would rather see us locked up, silenced, and hidden away from public sight while she readies herself for the Oval Office?

What is so frustrating about Clinton’s clear disregard for Black and Brown folks’ political concerns is her audacity to bring so many people of color into her campaign to post gratuitous #ImWithHer tweets and cajole their followers into supporting Clinton. She even recruited Shonda Rhimes, Viola Davis, and Kerry Washington to do her political bidding in a new ad. It’s actually pretty disgusting.

In recent months, Clinton has tried to change her political rhetoric toward racial inequality but, after 22 solid years of her working within and with a system which systematically disprivileges Black and Brown people, it is hard to take her seriously at this point.

Now, don’t be fooled, this is not a call to support Bernie Sanders either. While I prefer his politics and his consistency on racial issues in the US, I’m not excited about him either. Many Black people aren’t. But, therein lies the problem: Black folks who are voting this election year are positioned between a rock and a Bern place. On the one hand, we can support Clinton because we feel like no one else will beat the likely Republican nominee, Donald Trump. On the other hand, we can support Sanders knowing he will likely lose because most Americans have no idea what Socialism is. At least he keeps it real on institutional racism and the general disinterest from many Whites about the conditions of Black Americans.

This year’s presidential race is a hard one. Not just because we are seeing the first Black Family leave the White House but also because we have so little to choose from to replace them. Hillary Clinton may win. She may get record Black votes for any White presidential candidate ever. Who knows? But, I guarantee it will not be evidence that Black people support her or even believe in her. When you have no other choice, you just have to make the one before you.