We Deserve Better Than Selective Activism From Private Corporations 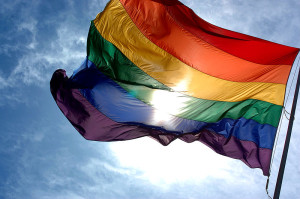 An anti-LGBTQ bill in Georgia called the Free Exercise Protection Act has brought forth some of the most visible activism we have seen from private corporations in some time. The bill, which must be signed or vetoed by May 3 by Governor Nathan Deal, provides protections for faith-based groups if they deny services to customers, according to Huffington Post.

So far, Disney, AMC, and even Viacom have threatened to take their business elsewhere if the bill passes given concerns that this could result in unjust treatment for LGBTQ folks in Georgia. I have only one question, though: where were these corporations while state after state has been passing anti-Black voting laws and supporting other pieces of legislation which have a disproportionately negative effect on people of color, namely Black Americans?

According to Al Jazeera America, a 2001 Georgia law was passed to forestall the impacts of the foreclosure crisis during the Great Recession. The law was passed but was slowly gutted and undermined by political leaders who had more to gain from relationships with banks than with their constituents. Oddly enough, there was no public outcry from private corporations when this law simply disappeared from the books.

Beyond the highly publicized “Stand Your Ground” law that George Zimmerman used to justify him murdering an unarmed teen named Trayvon Martin in 2012, Florida has long passed anti-Black voting laws which resemble those of the Jim Crow South. Provisions requiring voter ID, making it difficult for voters to register through community organizations, and establishing strict timelines for follow-up wherein voters may be fined for noncompliance, are just a few of the barriers Governor Scott has supported with his recent voting wins. However, I have yet to see Disney close it’s iconic Epcot Center or Disney World in protest. In states like Ohio, New York, and Nevada, laws which have a significantly negative impact on people of color, especially Black folks, continue to pass with little fanfare.

I have a theory about it.

Georgia is a tax haven for corporations who would like to do business in the United States without paying a hefty price. AMC produces The Walking Dead in the Peach State. Disney has shot both Ant Man and Captain America: Civil War in the state. In fact, they are in the process of shooting Guardians of the Galaxy 2 just outside of Atlanta. The NFL, which gave up its tax exempt status in 2015, was speculated to host the next Super Bowl championship in Georgia, plans which have come under question since this bill emerged. Overall, these companies, while they should be commended for speaking up against anti-LGBTQ legislation, have a vested economic interest in the state of Georgia and the business they intend to continue doing there.

Therefore, I can’t be confident that it’s the principle of justice driving these decisions to boycott the religious bill. If that were the case, we’d see corporations all over the country standing against the injustices affecting Black Americans. Perhaps it is the lack of social capital Black Americans typically have in the US psyche. Maybe it’s the perceived danger in supporting causes which push back against police brutality and other forms of injustice in the United States. I mean, Disney did just make a movie about Black people with only a cast of fuzzy animals.

But, I figure the most obvious answer is the right one: these corporations don’t want these states messing with their money (and vice versa). The Human Right Campaign, while it is riddled with its own political issues, has led the charge against Georgia. Being that they are the largest LGBTQ group in the country, they really aren’t a good enemy to have. Entertainment industry leaders have to preserve their relationship with the HRC to prevent any ire being leveled against them.

Frankly, this isn’t really about LGBTQ people. It’s about money. And, with these corporations, it always is.