5 Reasons I Don’t Want to See ‘Batman v Superman: Dawn of Justice’ (But Will) 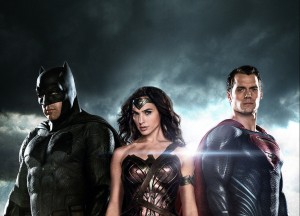 I am uncontrollably disinterested in seeing Batman v Superman: Dawn of Justice, and the clash between that disinterest and my passion for comic book adaptations cements the fact that I’ve, begrudgingly, got to see the movie.

DC’s newest attempt at good movie making is Batman v Superman: Dawn of Justice, and despite its astronomical opening weekend revenues, critics have been harsh on the film’s quality. As would be expected. From trailers alone, I can already see 5 good reasons that this movie could, and probably will, be a failure. And ironically, that’s why I know that I need to see it.

1. The ridiculousness of the title

Still, the geek in me can’t wait to see how they try to make this look like an evenly matched fight. A Batman armor seems like a decent place to start, but there has to be more to it than that, right? (And if it turns out that Batman finds and weaponizes some kryptonite, I’m done.) 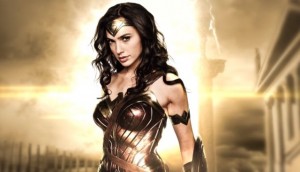 According to Deadline, the majority of moviegoers (88%) are most excited to see Wonder Woman on the big screen. And this makes perfect sense. We’ve seen umpteen Supermans and Batmans already. But Wonder Woman has never been in a feature film. Who doesn’t want to see how that shakes out?

But then there is their choice for the role of Diana Prince. Gal Gadot, for all of her merits, doesn’t strike me as an amazon. And if the most intriguing aspect of a film is a petite amazonian warrior princess that isn’t even named in the title, I don’t see how I’m supposed to care.

A big shortcoming of many Batman films has been the inevitable “Batman voice”, an actor’s best effort to sound tough that only ends up sounding like a thirsty gerbil is lodged in their throats. Christian Bale’s was legendary, becoming a major distraction throughout every film he was in. But Batfleck had “digital assistance”, not that this makes things any better.

And just to illustrate how ridiculous this whole thing is, the cast delivered lines through a modified microphone on the UK’s The Graham Newton Show.

I’ll start by saying that Jesse Eisenberg is a capable actor. Pretty good in that Facebook movie. His annoying worked for him in Now You See Me. But Lex Luthor was always a cunning and intimidating force. And at the very least, his high-pitched squeaky voice makes either of those to pull off. But I must admit, there is a big part of me that wants to see just how bad he is at being this particular bad guy.

It’s always exciting to see a team of superheroes come together, and we know that we’ll probably be getting glimpses of the to-be Justice League members sprinkled into the film. Jason Momoa will be a non-white Aquaman. And there have been murmurs of The Flash, Cyborg, and Green Lantern. The comic book lover in me anticipates how great this moment could be, but the realist in me fully expects another DC let down.

There have been a deluge of reviews on the film already, some with fawning praise and some with damning criticism. But the overwhelming sentiment has been of disappointment. Perhaps moviegoers thought the producers wouldn’t fumble the first film to show Superman, Batman, and Wonder Woman on screen side by side. Clearly, their expectations were too high.

But no matter what the expectations were, they all felt the need to see the movie anyway, just like me. Maybe that’s why their box office numbers are so high. So, whether good or bad, Batman v Superman: Dawn of Justice still wins, even if this is the best Batfleck himself can do to defend the film.