What if being identified as “White” necessarily meant that one was seen as a criminal? What if being a “male” guaranteed that one would be deemed intellectually inferior? These metaphors probably seem completely foreign given the very specific racial and gender histories of the United States. If I had said Black instead of White and female instead of male, these scenarios would seem completely plausible. So, how do we apply this conception of reality and social history to the new GapKids Ad that some are calling racist?

The new ad, backed by Ellen DeGeneres, features four young girls (Ava, 8; Lucy, 8; Fanny, 12; and Angelina, 12). They are a part of Le Petit Cirque, a all-kid humanitarian cirque group. In the new ad, the four girls (3 White and 1 Black) are shown in striking poses. However, the only Black girl is shown under the arm of her peer. In effect, she’s an armrest. 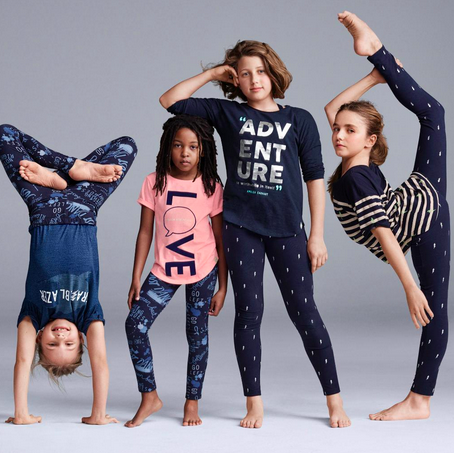 At The Root, Kirsten West Savali brings up (rightly) that this imagery hearkens back to another image we saw in 2014 of a Black woman being used as a chair by Garage editor-in-chief Dasha Zhukova. In addition to that explication, she discusses how race and gender work together to criminalize and marginalize Black women and girls each day meanwhile, they are commodified in ads like this.

“So, yes, seeing a black girl child irresponsibly used as a prop in an ad claiming that girls “can do anything” matters. It’s not about seeking validation from the white gaze or ignoring the critical need for us to buy black. It matters that black women and girls are still being subjected to the lashes of microaggressions and, at times, outright violence in the service of capitalism.” 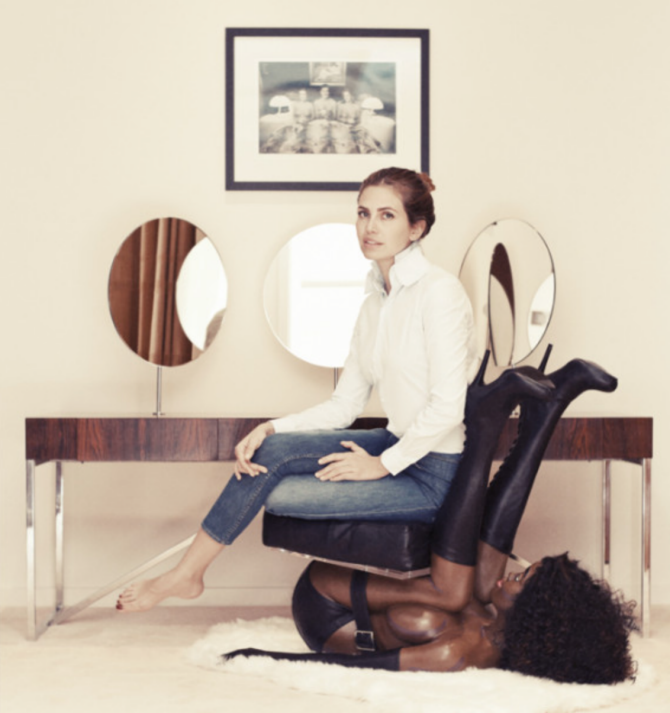 Zeba Blay, at Huffington Post, also draws contention from the GapKids Ad. While she saw the pose as harmless, she validates the frustration many on social media have expressed with the picture.

“In this case, that messaging is construed by many as a black girl being inferior to her white counterparts. It’s a shame that these four little girls have been caught in the crosshairs of this heated debate, but the fact that so many people have protested the ad speaks to a reality that cannot be ignored.”

Perhaps what is even more critically necessary is the question of switching the races of the children. Would we have cared at all if the armrest child was White and the resting girl was Black? Filmmaker Matthew A. Cherry asked precisely this question on Twitter. “Does the @GapKids pic on the left make the pic on the right okay? Let’s debate,” Cherry tweeted on Sunday.

Does the @GapKids pic on the left make the pic on the right okay? Let's debate pic.twitter.com/rCFbK4uG5y

The answer to his question is simple: no.

There is no question that gender and race are social constructs. They are the byproducts of generations of rules, norms, and other expectations of human individuals due to their externally applied identities as one race or another or as one gender or another. This means that the ways race and gender (and sexuality) intersect will have varying impacts on the ways raced, gendered, and sexed individuals are able to move throughout the world. In essence, every human being brings into every situation with them their racial and ethnic histories, their gendered norms, their sexed performances, and whatever other socially inscribed ideals they have been bombarded with since their birth. If we understand ourselves using this framework, we can then see why the new GapKids Ad is so problematic.

Switching the races of the children in the ad does not switch their ethnic and genealogical histories. It doesn’t switch the social narratives and norms which inform the concerns which have emerged following the publication of the ad. This isn’t simply a conversation about different color children leaning on one another in amicable ways.

In the same ways that Black mothers in the Slave Era and in the post-bellum period were seen less as women with intellect and agency and more as objects for public consumption by Whites, the image of a little Black girl in the armpit of a White girl (under the guise that girls can be anything) is reminiscent of the diminished status of Black women throughout this country’s history. Not only that, it objectifies Black women and girls for the purpose of selling culture to Gap’s core audience (White, middle- to upper-class shoppers). 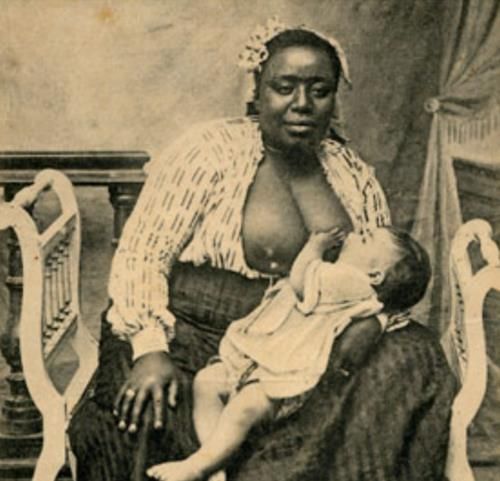 Let’s be clear, White women have always played an integral role in the exploitation, oppression, and exclusion of Black women and girls. In many ways, White womanhood has been historically and contemporarily shaped by the limited definitions of Black women’s agency and self-identity in the mainstream.

Black women and girls being used as props links back to a long history that one image simply can’t erase or reset. To suggest anything different is complicity in the racism and misogyny we continue to face. Not only that, it minimizes the very real historical narratives which fuel much of our sociopolitical work today.