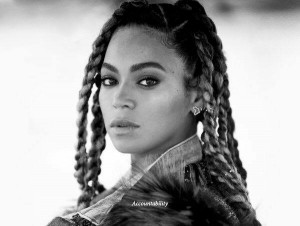 Beyoncé sure knows how to put a project together. And when she dropped Lemonade on April 23, the jaw-dropping visuals on HBO became the main focus. But, Beyoncé is a musician first, and her musical prowess here is not to be overlooked.

Throughout her career, Beyoncé has been a case study in continuous improvement. Release after release, she has honed her craft by taking advantage of a wide range of musical styles and vocal deliveries, while also making her lyrics more and more personal.

That is what makes Lemonade so special. There is an intimate connection that you can feel on each song, that leads Beyoncé to sing in ways we’ve never heard before on tracks she wouldn’t have been ready to tackle 10 years ago.

Funnily enough, her internet breaking “Formation” is the only track that feels out of place in the set. And that’s saying a lot for a 12-track album that has Beyoncé taking on country music with “Daddy Lessons” and rock music with “Don’t Hurt Yourself” featuring Jack White. Even “Pray You Catch Me” has some serious gospel overtones. But Beyoncé pulls them all together for a stunning emotional rollercoaster.

RELATED: Beyoncé’s HBO Trailer Prepares Us For Her ‘Lemonade’

At times, things are fun like on “Hold Up”. The flirty track is a perfect medium to tell a story of the emotion distress that a man’s cheating causes. And when she refrains “What’s worse: being jealous or crazy?”, the depth of her pain is unmistakable.

“6 Inch” featuring The Weeknd is sexy, edgy slow burner that you could easily compare to The Weeknd’s own “Worth It” with the song’s feel. But Yonce exponentially improves on that formula from her haunting monotone choruses to choral embellishments to the constantly switching up beat.

Bey gets spaced out for a moment on “Love Drought”, a careful and exacting ethereal masterpiece. Despite nearly conquering the world, she finds herself questioning herself and her relationship. She still sees its potential, singing “you and me could move a mountain; you and me could calm a war down”, but she feels ignored and unnoticed at the same time. And the intersection of these conflicting feelings is something utterly human.

This is followed by “Sandcastles”, a poignant ballad dripping in tears. Beyoncé, ever the perfectionist, even finds beauty in imperfection, allowing her emotions to overcome her vocal in the second verse. It is anger, fueled entirely by sadness and hurt, captured to the march of a piano.

RELATED: Watch These Women and Girls ‘Get In Formation’ Through Tap Dance

Still, for all of the darkness that Beyoncé explores on this album, the explosive “Freedom” featuring Kendrick Lamar stands above them all. I’m not sure what Freedom means for Bey, but the songs plays like a liberation fight song.

“I’m telling these tears to fall away, fall away,

May the last one burn into flames”

It’s like her voice is an unbridled stallion tearing through an open field. And if you don’t feel empowered after just one listen, see a doctor.

On Lemonade, Beyoncé humanizes her professional self in a way she seemed incapable of doing before. For years, the mystique around Beyoncé was centered on how personal she kept her personal life. While we were closely acquainted with the superstar performer, we knew next to nothing about the human behind the persona. Now, over the course of a 45 minute run time, she has taken the necessary steps to be just one self, empowered by both her abilities and humanity. This album is just about as perfect as it gets.