7 Nuggets of Wisdom From My Black Mama 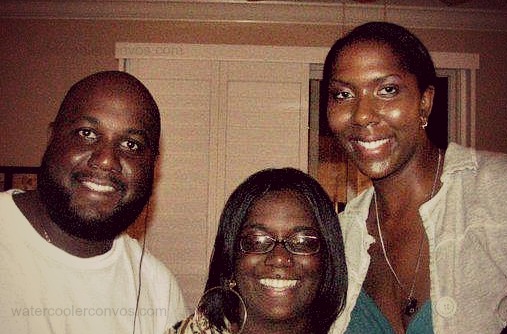 My mother was born in Tacoma, Washington just before the unofficial golden decade of the 1960s civil rights era. She moved to California with her mother, father, and two siblings shortly thereafter. And, while she spent her entire life in cities like Oakland and Berkeley, she amassed an eclectic understanding of the world with an indelibly Black worldview.

My mother handed down some true nuggets of wisdom to me over the years and I can’t help but believe that, without her words, I would not be the woman I am today. Here are just a few sayings she gave me that I have carried with me. You’re welcome.

1. “If you don’t keep nothing else (your legs closed, your house clean, whatever) you keep your word.”

My mother is old school. Growing up, she emphasized qualities and virtues like honesty, integrity, and transparency in our household. Because we didn’t have much, we had to make sure that we were studious with what we did have. This included our time and relationships. For me, keeping my word, being honest and forthright, and doing my very best to be the best version of myself everyday comes directly from my mother’s insistence that this lesson be at the forefront of my life.

When I was in elementary school, I had a bad habit of parroting people. If my cousins or friends said something I thought was funny (even if I didn’t know what it meant), I would repeat it.

I made that mistake one too many times when I said that a mother on a commercial for Vick’s VapoRub looked like she was molesting her child by rubbing it on his chest. My mother looked over at me and said, “Where did you hear that from?” I told her who said it. She asked me, “do you even know what ‘molest’ means?” I shook my head. She turned up her mouth at me and said, “Why would you ever repeat anything he says? He’s not even smart. Don’t repeat nothing dumb people say especially if you don’t even know what it means.” I lowered my head a bit because she was right.

It seems trite but, in that moment, I realized that some people do a lot of talking without having anything of importance to say. This lesson has been crucial for me in adulthood.

3. “Don’t start the fight but you better finish it.”

This lesson needs no explanation. I don’t start fights. But, I will do what I need to do to survive though.

4. “You ain’t a doctor if you got your degree from the grocery store.”

There is this phenomenon where folks without high school diplomas turn up in a few years with the letters “D” and “r” in front of their names. I am sure it happens in other races and cultures but I know Black people can relate to the “Rev. Dr. So and So” phenomenon.

My mother used to chuckle to herself when I would be all impressed by all these educated folks among us. Then, one day, she explained that people can credential themselves however they want to when no one is checking. She told me never to do that, to always present myself as I am and be proud whether or  not I had fancy letters to put before or after my name.

Turns out, I will have some fancy letters pretty soon and they won’t be from the grocery store.

My husband probably hates that I learned this lesson so early on. Truth be told, I argue a lot. A. Lot. But, I do it because I am rarely wrong, I am good at it, and people really want to break that trend.

It was my mom who started training me in the art of debate in elementary school. We would pick a topic and go back and forth on it until someone tapped out. She can debate with the best of them, but, over time, I honed my craft.

While she thought this would lead me into Law or some other highly contentious profession, what it has actually done is made me a ferocious thinker. Everything I say, do, and write is animated by seeking out the veracity of my purpose in that moment. She probably didn’t know she was shaping so much of my outlook at the time but she most definitely was.

6. “If they aren’t f*cking you or paying your bills, their opinion isn’t important.”

I had a hard time keeping friends growing up. I could make friends just fine but keeping them was hard. I was extremely opinionated, very forward looking, and never really made time to just be a kid (something that happened naturally because I was 6’4″ tall at twelve). I would get really frustrated about how people would talk about me or not want to be friend anymore. But, this short, sweet phrase changed my life. Legit. It really changed my life.

My mom explained to me that people talk about everything including other people. It is something we cannot and will not ever have the power to change. All we can change is how we choose to engage with them. But, if they aren’t influential on our lives and well-being, maybe it’s best to just let that shit (and them) go. Best lessen ever y’all, I’m serious.

7. “Never forget where you came from”

I hear this in my head everyday as I walk across my predominantly White campus, seeking a doctoral degree from an institution I couldn’t imagine attending back when I was living in Oakland.

I will never forget the times when we didn’t have much money, eating staple foods that my mom could always turn into hearty meals. I will never forget the rich community I come from. The High Street walks home from elementary school, the 57 AC Transit rides, the Fruitvale BART Station that served as both transport center and hangout, the Lincoln Square Safeway where I spent many lunch periods while attending Oakland Tech.

I will never forget the lessons she taught me. Or, the cornbread we crumbled for dressing. Or, the patent leather shoes that were always too tight on Sunday morning. Or, the first time my mom bought me a Tevin Campbell single (“Can We Talk?”) on cassette tape. Or, the schools and teachers that didn’t want me there. Or, the burritos from the truck on East 14th that always used too much cilantro. Or, the church family that fed me in spirit and in sustenance. Or, even the hardest times that made me cry and question why I was there at all. I won’t forget any of it.

I have learned a lot from my Black mama. And, I am so very grateful for all of it.