Politically Correct White People Are Terrible For One Specific Reason 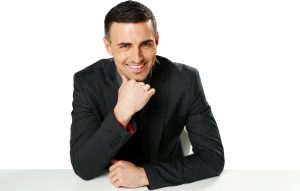 Last year, I was sitting in a meeting with some relatively important people where a young White male was giving a presentation. In his presentation, almost every example  he had of a particular political phenomenon he wanted to explain featured a White male. Yet, he kept referring to them as “she” and “her.” When I raised my hand to ask him why he kept referring to these gentlemen in his examples as “she” when he had no women anywhere in his analysis, he answered, “Ummm, well, that’s just something that I do I guess.” His answer showed me that he didn’t even know why he was using the pronoun “she” at all. It was just something someone had told him to do as a publicly acceptable display of political correctness rather than a critical analysis of gender norms and narratives.

These types of experiences are not limited to gender. Just a few days ago, I saw a meme where a young Black woman referred to herself as “Black.” Then, a White woman corrected her explaining that the appropriate term was “African American.” The Black woman was astounded that a White woman had corrected her on her own identity. Clearly, the White woman in question had no conception as to why this young woman would want to call herself “Black.” Not only that, she believed herself the proper actor to correct a Black person on the appropriate way to address herself.

These anecdotes are representative of a phenomenon where dominant social groups (like Whites and/or men) find innovative ways to preserve their own status over minority groups without looking like bad people. It’s basically faking it.

This all reminds me of a quote from the philosopher Charles Mills. In his essay called “White Ignorance”, he says, “often for their very survival, blacks have been forced to become lay anthropologists, studying the strange culture, customs, and mindset of the “white tribe” that has such a frightening power over them.” Yet, in the same article, he explains that Black people are “not seen at all” by many Whites. The same can be said for women who are often not really “seen” by men.

Time after time, there are these instances when those in dominant groups, who often don’t have to contend with oppressive structures, coin certain phrases, recite their rehearsed lines, or otherwise perform solidarity and political correctness without actually engaging with the root mechanisms behind those actions. Specifically, many White people do things like lean on the phrase “African American” or men refer to individuals as “she” in order to not seem racist or sexist in front of others. But, what if they haven’t actually taken a moment to research the term African American or explored why the he/she binary gender phrasing is biased against some queer and gender non-conforming folks?

Here’s why this is an issue: A lack of critical engagement with the underlying frameworks which consistently marginalize some groups and not others cannot be excused away just because folks use trendy language to avoid personal responsibility. Instead, when those structures are ignored, politically-correct language just further isolates folks in minority groups. Literally nothing gets solved.

None of this is to say that language is unimportant. It also isn’t to suggest that folks in dominant groups shouldn’t make an effort toward using terms and words that are conscious of racial and gender differences (or sexual, ability, or any other differences). Rather, the point here is that changing words alone will never be enough. This is especially problematic for people who consider themselves allies.

Looking at this another way, Black people have a right to refer to themselves however they choose. Most Black folks prefer not to use the term “African American” because they do not have a particular connection to the African continent but instead identify with the Black Diaspora. Many White people don’t know this. Even more of them haven’t thought to engage Black folks (or the Google) on this subject. When their ignorance of blackness presents itself in public, especially in front of Black people, it doesn’t look like allyship. It just looks like empty rhetoric they are using to shield themselves from (justified and well-earned) criticism.

The same goes for the brainless use of the term “she.” It isn’t enough to spout off the term. There has to be intention behind it.

Political correctness isn’t the problem. The lack of social issues affecting minority groups is. The best thing we can do is draw attention to the fake allyship in an effort to disrupt the hold it has on so many people in this “postracial,” “colorblind” society. Frankly, it is likely the only way we will be truly “seen” and understood.