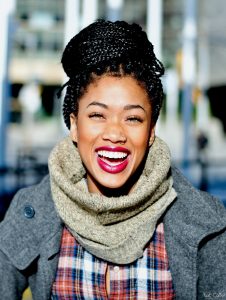 America, for all its strong points, is riddled with flaws. We live in a country that was able to legalize gay marriage before taking on the monumental task of removing the words “Negro” and “oriental” from our federal laws. Our corrupt political system is owned by greed, nepotism, and sheer ineptitude. Reality TV personality and proud Black woman Omarosa is a surrogate for the presumptive GOP presidential nominee, who just happens to be Donald Trump, another reality TV personality. The fact is: we are living in dark times.

But let’s be honest here. Some states are in a race to the bottom. With laws targeting marginalized groups and removing any concept of privacy to states that are promoting lawlessness in politics, we are getting more and more limited in terms of where we can move and thrive.

Here are the 10 states at the top of our list for where our Black asses should never move if we want to stay Black and thrive.

North Carolina has made it clear that they don’t like people who aren’t White or cisgender. The most recent issue with the state is the “bathroom bill” which requires that folks use bathrooms which match the gender they were assigned at birth. This law is predatory against trans* folks and gender non-conforming folks, excluding them from free use of public restrooms. What is worse, the propaganda around this law has suggested that non-cisgender people are somehow sexually deviant when, in reality, they just want to use the bathroom.

North Carolina has also been in the news because many of its historically Black colleges and universities (HBCUs) are under risk of closing. Both public and private HBCUs in North Carolina are suffering from low enrollment levels and lack of funding. This is no doubt related to the state’s overall lack of care for Black colleges and education. And, it’s a sign that my Black ass has no reason to be there.

Ohio was also shown to be one of the most racist states in the country, according to a Google Search study. What does that mean? It means that folk in that state might smile in your face, but are probably thinking the worst of you in their heads.

The state of Wisconsin has been in the news since their Republican Governor Scott Walker was first elected in 2010. In his first two years in office, Walker undermined collective bargaining rights, enacted predatory voter-ID laws, and hobbled the public education in his state. In simple terms, he ain’t here for fair wages, equal voting access, or quality education. Sounds like paradise, right? And when faced with the opportunity to get rid of this man, voters asked for another term. Nope. No ma’am. Never. Not me.

If your state even contemplates classifying crimes against police, EMTs, and firemen as hate crimes, there is clearly “something in the water” that I do not want to partake in. Since when does your occupation make you a protected class? Does that mean that the second you lose your job, things that happen to you aren’t hate crimes anymore? This is another case of white people wanting to have all the things. And this ridiculousness pisses me off in particular because can’t nobody make a beignet like Cafe DuMonde. But, no, won’t be moving there any time soon.

Stop and Frisk. Gentrification. Trump. The list of horrible blights on this earth that are New York adjacent is long and needs no explanation.

“Stand Your Ground” laws are enough to make me want to avoid the Sunshine State like the plague, but the state being the longtime retirement capital of the U.S. confirms that it should be a “no fly over” zone too. Any place old white people flock to and commune together in mass numbers is destined to mean danger for Black folks.

I always laugh at a bus I see advertising for this state with the message that they have a “balanced budget.” Yes, a balanced budget is a good thing. But if that is the best selling point you have for your entire state, you are telling me two things: 1) your state is so Republican that I know the Klan meetings have healthy attendance, and 2) you aren’t investing in the future. And for Black folk that have largely been excluded from history’s opportunities for mobility and equal access to public services, that means you ain’t interested in my prosperity.

Two words: Sarah Palin. You produce her, even electing her your governor, and it’s clear what levels of thought are occurring in our largest state. Plus, oil-rich areas are magnets for old, rich white men with exploitation on the brain.

This should be a no brainer. Texas is the death penalty capital of the country. George W. Bush used the governorship as a stepping stone to a 2-term presidency so legendarily bad that it made white folks okay with electing a Black president. But what puts it over the top for me was my boss telling me about his Dallas neighbor, who has the goal of owning not one but two of every gun. Every. Gun. Y’all.

Yeah, I don’t need to be around that nonsense.

10. Anywhere else in Da Souf

This is just common sense folks. Southerners loved them some  historic culture. They loved them some capital punishment. Not too long ago, Jim Crow was everybody’s play cousin who came over for Sunday dinner after church.

And that’s just the history.

They’ve upped their game for the 21st century. Want the right to discriminate against interracial couples? Mississippi has got you. Going crazy for Voter ID laws? Alabama is ’bout that life. Love anti-abortion laws? South Carolina has plenty. Can’t go without bureaucracy in your vagina? Virginia has many corrupt government agents standing by to assist you. The South was and continues to be home base for America’s racists, misogynists, transphobes, and the like. And I am way too woke to live in the places that they call home.

In the end, we are living in a time where issues of race have been brought to the forefront. With the Obama presidency, the birth of the #BlackLivesMatter movement, and the rise of Donald Trump, our nation’s racial attitudes have been exposed. And now that we know what is really going on, I for one am going to do my damnedest to keep myself out of the fray.