‘X-Men Apocalypse’ Has a Woman (Of Color) Problem

I went into a showing of X-Men Apocalypse with tempered expectations. Ten years ago, I was severely disappointed in another X-Men film, X3: The Last Stand, that was crushed under the weight of the monumental task it set out to accomplish. And while Apocalypse was not a disastrous failure like its predecessor, there were major shortcomings. The biggest of those was the flattening of characters, especially the women. 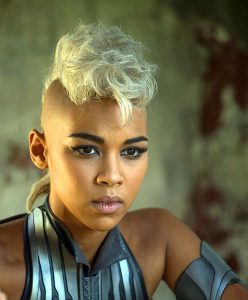 Storm has been largely ignored during the first set of X-Men films. Yes, megastar Halle Berry was cast in the initial role, but her displays of power were incredibly whack and she wasn’t able to bring the gravitas necessary to pull off portraying a weather goddess. So, Apocalypse was a chance to right those wrongs. And in many ways, Alexandra Shipp’s performance was an improvement. She felt authentically Egyptian. She rocked the mohawk. She flexed her powers. But for all that good, she felt mostly like a footnote in the film.

Storm had very little in terms of dialogue. She was used as a vehicle to express the fangirling of Mystique that mutants around the world were feeling after her heroic efforts in Days of Future Past. And other than an amateurish attempt at thievery, she was just another of Apocalypse’s foot soldiers. Her presence brought nothing unique to the actual story, and that’s a crime by virtue of her importance to the X-Men’s history. We can only hope that her role is bolstered as the films continue, maybe getting to see the depths of Storm’s greatness. 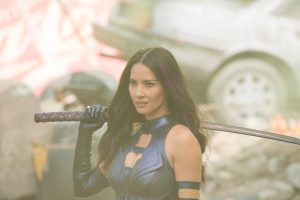 Olivia Munn’s Psylocke is given no back story in this interation of X-Men. She even wields diminished/altered powers when compared to the comics. As far as we can tell, all she can do is fight really well and charge a sword with energy. This is a far cry from the telepathic and telekinetic ninja we know from the comics. She also had an incredibly tough back story full of pain, loss, and grief, but none of that was present on film.

Sadly, all we got was menacing glares, flips, a skin tight outfit, and swordplay. As entertaining as that all is, it’s nothing more than derivative and pandering. I’m not saying that she had to play a huge role or even that none of those things should have been present (they’re all part of her character too), but not including some especially sharp, sarcastic dialogue from her was a huge miss, among other things. 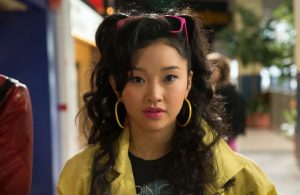 If you read X-Men comic books in the 90’s, you know that Jubilee heavily defined the series during that time. Whereas most of the team were adults dealing with adult issues, Jubilee was a teenager determined to tag along in places she wasn’t ready for.

But in this film, Lana Condor’s portrayal boiled down to ponytails, pink glasses, and a yellow jacket. Nothing more. Her pyrotechnic powers weren’t even used. While her taking a trip to the mall was a nice touch, not including her in any action was baffling. Besides the simple amazingness of her powers and how they could have appeared on screen, this could have also been a great comic relief moment within a mostly dark film.

And apparently that was the intent of her presence in the first place. The footage where she actually had a presence and used her powers was cut from the film. But an inconsequential Wolverine cameo? We’ve always got time for those, right? 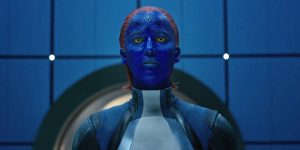 X-Men comics have gone through a number of iterations where someone other than Professor X has lead the group. Former villains have often taken the mantle, including Emma Frost and Magneto himself. One person that role was never handed to? Mystique. But she takes the lead throughout this entire movie, even taking charge of Danger Room exercises at the end of the film. I’m perfectly okay with the films deviating from the comics for the sake of storytelling, but this flies in the face of decades of comic book canon.

In addition, this isn’t even a smart move unless Jennifer Lawrence is really serious about coming back for more X-films. Why give her such a prominent position in the ending of the trilogy if she hasn’t 100% committed to continuing on for more?

Ten years ago, the X-Men film franchise attempted to bring the Phoenix to the big screen. Only the cosmic origin was completely ignored and they jumped straight to the “Dark Phoenix” persona. That ill-advised action continues to be a sore point for comic lovers. So, why did the filmmakers repeat the same mistake in Apocalypse, making Jean Grey’s unbridled use of her abilities take the Phoenix form?

The Phoenix Saga is literally one of the most legendary story arcs in the history of all comics. And for the sake of telling a particular story, that was all compressed down into about 10 minutes of screen time.

Sophie Turner proved she is an apt fit for the Jean Grey role. How much more compelling would it be if we were able to see the Phoenix Saga actually play out on screen in the next X-Men film? Anything alluding to that in the end credits sequence would have had nerds everywhere soiling themselves. Instead, the filmmakers did a disservice to the character, the actress, and the X-Men legacy all at once.

In the end, X-Men Apocalypse was a strong film. It mostly stuck to one cohesive story. The acting was pretty decent. The action scenes were impressive. But all of that was done at the expense of fully formed women, especially women of color. And being the comic book loyalist that I am, that’s an unfortunate miscalculation that undermines the whole work. Comic books as an art form have worked hard to develop tell the stories of marginalized peoples, and maybe if Fox tried harder to stay true to that sentiment, we’d have a better film on our hands.