5 Truths From ‘The Wire’ That Still Resonate Today 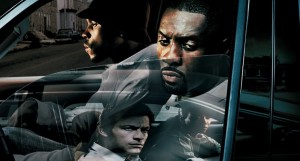 The Wire is one of the best television series in history because its story lines and messages speak to the human condition in America. And in some of the most thoughtful and artistic ways, it fairly conveys the complexity of the black experience.

The seminal HBO drama that featured the likes of Idris Elba and Michael B. Jordan was a tour de force. It was incredibly gritty and packed with unforgettable characters. In five seasons, the powerful series sought to illustrate the dynamics of the drug trade, from the streets to the docks to the courts to the politicians to the press.

And I didn’t watch a single episode until this year.

But binge watching the series so far after the fact proved to me how much more impressive the series was from the beginning. For a show that went off air in 2008, it is shocking that its subject matter remains wholly relevant today. Here are five ways that The Wire‘s messaging transcends time.

The Wire predominantly followed cops and drug dealers, but the unequivocal hero of the series was Omar. And through the litany or murders and betrayals, the most lethal villains were the politicians that played with people’s livelihoods, educational opportunities, and housing conditions while only concerned about reelection and prospects for higher elected offices. Omar’s shotgun toting stick-up man routine was a perpetual thorn in the side of drug dealers, with a nearly flawless record of robbing drug houses of their money and product. At his height, he stole a $20,000 shipment of heroin and then sold it back to them for $400,000. And when you’re watching the show, you can’t help but cheer on Omar for his work and pray for a clerical error to be the downfall of nearly every politician depicted.

2. Nothing and nobody is a monolith

From the police, to the politicians, to the press, to the drug dealers, nothing is just one thing. There were crooked cops with hero streaks and noble cops that cut corners for the greater good. There were politicians devoted to their constituents above their own self-interests, and there were politicians that were only out for themselves. And even amongst the drug dealers, those explicitly committing crimes on a daily basis, some operated under a code of honor and respect while others, most notably Method Man’s Cheese Wagstaff, had no qualms with betraying his own family. This concept crossed age, gender, sexuality, race, class, and nearly every other societal factor.

3. The most vulnerable of us need the most support

Season 4, the series’ most critically acclaimed season, was a case study in how children are seduced, conditioned, and shackled by the drug trade. Following four “good” teenagers (Jermaine Crawford as Duquan “Dukie” Weems, Maestro Harrell as Randy Wagstaff, Julito McCullum as Namond Brice, and Tristan Wilds as Michael Lee), we saw how their friendships and lives were drastically affected by the drug trade. In the end, they ended up either on the streets, in the foster care system, or turning into killers, with only one child having an actual positive ending. The one fundamental thing they all needed (and only one received) was support. And their cautionary tales illustrate just how important it is to give children healthy environments to grow and thrive.

4. The biggest threats can be tripped up by the smallest weaknesses

Every season had its own set of major powers. But from the streets all the way up to the mayor’s office, even the smallest of weaknesses could prove strong enough to topple giants. Stringer Bell (played by Idris Elba) lost his life because of his greed and ambition. Avon Barksdale was trapped by his need a for a “street life”. Mayor Royce is so confident that he has the black vote locked down that he loses the office to a white man. Marlo Stansfield’s crew, and clever and careful as they were, were arrested and killed for still not being careful enough. And the almighty Omar, a street legend that seemed impossible to kill, was show dead by the most inconsequential of teenagers.

5. Nothing really changes unless the institutions change

Season in and season out, we saw many of the players and organizations change on The Wire. We saw police leave the force and get promoted. We saw death and we saw rebirth. But the major institutions that The Wire chronicled (law enforcement, the drug trade, politics, education, the press) all remained virtually identical. This bleak yet sobering truth was what laid at the heart of this series. As a people, we can spend an infinite amount of time and energy trying to fix the world’s problems, but only tearing down old, flawed structures and building something better in their place will bring lasting change.