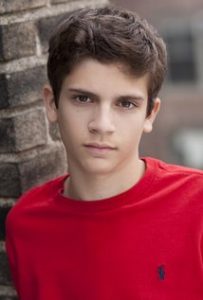 Marvel Studios has been in hot water for years for its focus on white male heroes. And while they have made tentative steps toward diversifying their roster, any hint of whitewashing sparks immediate red flags. So, why are they doing it again?

Just when you thought that the whitewashing incident from Doctor Strange was blowing over, Marvel is at it again. For the forthcoming Spider-Man: Homecoming movie, more casting was announced last week. The movie is highly anticipated since this is the first Spider-Man feature that is included within Marvel’s MCU, but even in its casting it is causing controversy.

The newest addition to the film is Michael Barbieri as one of Peter Parker’s friends. This is remarkable casting because this character is a new one, but based upon the character of Ganke Lee from the popular Ultimate Spider-Man line of comics. Lee was highly memorable in the comic book title because he was the close confidante to Miles Morales (the half-black, half-Hispanic version of Spider-Man) and an unapologetic superfan of superheroes. He was also Korean-American.

It’s nice to see that Marvel Studios and Sony are taking inspiration from the Ultimate Spider-Man for its newest version of the teenage hero, but it is also highly problematic. If you remember, there were rumblings that the new movie version of Spider-Man was going to be Miles Morales himself. But now that we know they are sticking with Peter Parker and have cast a white version of Morales’ friend Ganke in the film, Spider-Man: Homecoming is looking more like a big whitewashing affair, taking what was a historic achievement in diversity in comics, and painting over it in white for the masses.

This all comes at a time when we know diversity in entertainment actually leads to higher revenues (And to be fair, Zendaya Coleman was cast in the film also, in an undisclosed role). But that is what makes all of this news so baffling. Why not just pull the actual Ganke Lee character from the comics into the film? Why take all of the character aspects that readers loved about him and infuse them into a new white character? Why does Marvel, a company that has been a textbook example of the merits of embracing diversity over the years, continue to have trouble in this area with its films?

Unfortunately, we will probably never have insight into how these decisions were made, but situations like this, both big and small, are continued proof that white is still the default in Hollywood.