Parenting In The Era of Alligator Parents and Gorilla Moms 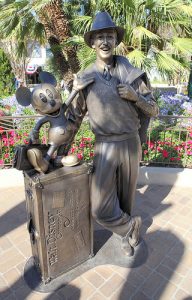 Last week, a two-year old White child was dragged into a lagoon at the Walt Disney World resort by an alligator. Last month, a three-year-old Black child fell into a gorilla enclosure at the Cincinnati Zoo. While the zoo incident ended with a safe child and dead silverback gorilla, the Disney World incident ended with a dead child and many dead alligators who were killed as officials searched for the toddler’s remains. As a mother of two-, four-, and eight-year-old children, both stories resonated with me but not for the reasons that so many have shared.

There is no doubt that the responses to the families of the children were drastically different. In the case of the Black mom, Michelle Gregg, of the three-year-old boy, Isaiah Dickerson, people all over the country and world signed a petition to get her arrested and charged in the death of the gorilla, named Harambe, who dragged her child a few feet across the watery floor of his habitat before he was killed by zoo staff. News media outlets dug into the family’s legal records, attempting to defame the family – specifically into the criminal record of Dickerson’s father – without regard for what that might to do the child they were pretending to be concerned about.

Conversely, in the case of the White parents from Nebraska who lost their child on the shores of the lagoon in Orlando, they were protected. Many folks in the mainstream media, bloggers, and commenters in the public asked for grace and respect since the couple had lost their child. It is interesting that the same grace wasn’t demanded just a few weeks prior when Gregg nearly lost her son. Suffice it to say: there is no doubt that the coverage of these two terrifying incidents took on an explicitly racial tone.

But, there is more to this story. When one strips away the children, the parents, the commentators, and the bystanders, there is still one actor in these debacles that never seems to catch heat: the institutions themselves.

There is no such thing as a perfect parent. We all screw some things up. We make mistakes. Likewise, every parents’ greatest fear is losing their child. We obsess over the risks of them getting into freak accidents. We fear letting go of their hand on sidewalks and playgrounds for fear that it might be a decision we regret for the rest of our lives. Yet, we trust institutions with our children’s’ safety every day.

My primary concern in all of this is that so few people saw the institutions as culpable in either of these cases. I had so many questions when I first heard these stories. Why was the gorilla enclosure so accessible? Why didn’t the zoo have a better set of precautions and standards to prevent small children and animals from endangering one another? In the case of Walt Disney World, why weren’t there fences around the lagoon? (Yet, it is important to note that the entertainment mega-giant corporation has erected fences following this child’s unfortunate death) Why weren’t their employees present at the lagoon’s edge to watch for eager patrons hoping to cool off in the shallow water? I just had so many questions.

I am not saying that the Cincinnati Zoo or Disney World are completely to blame for these incidents. But I am saying that, just like parents work tirelessly to protect their children from harm and danger, corporations and other organizations should be forced to do the same. These organizations operate with a business model that includes small children. They market to them, produce products for them, and sell images and slogans to them, but they struggle when it comes time to protect them. This is a part of the new capitalist market that makes profit out of anything including the food we eat and the clothes we wear. This fact is no different for a zoo or a resort. Generally, the trust we continue to put in businesses whose stakeholders’ primary goal is to profit as much as possible by spending as little as possible is unfounded and, often, unanswered.

In the case of the Cincinnati Zoo, the public’s eye should have turned to the zoo itself rather than the Black family who feared for the life of their child. In the case of the Disney World tragedy, folks should have been outraged with Disney (a company that can literally do whatever the hell they want whenever the hell they want) for letting their patrons near the Deathly Hallows of theme parks. But, because we often believe that corporations will be financially burdened by even a modicum of accountability and responsibility to their patrons, we justify them selling us food that poisons us, products that catch flame when we use them, attractions that are unsafe, and even hotels built on the shores of alligator habitats.

We have to draw the line somewhere eventually. But, I’m not totally confident that the line we draw won’t cross out more and more of the very consumers to whom these corporations are supposed to be accountable to.