10 Best Responses To Justin Timberlake Trying To Be Black Again 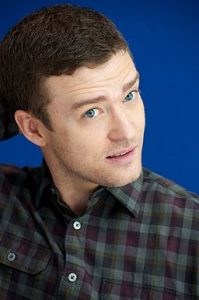 The 2016 BET Awards were amazing, and Jesse Williams acceptance speech was the highlight. Then Justin Timberlake went and tried to inject himself into the conversation. A twitter dragging quickly ensued.

If there is one thing any white person with even the smallest connection to the black community should know by now, it’s that Black Twitter is not to be trifled with. And if Justin Timberlake didn’t know it before, he’s surely learned that lesson now. His initial reaction was innocent enough. 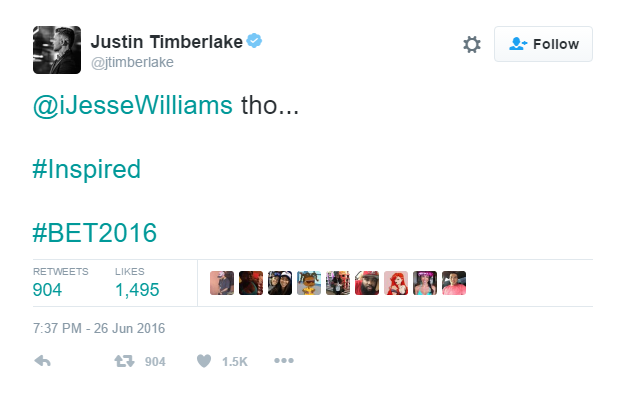 But then Twitter user @MrErnestOwens started in on him.

And he didn’t take it well, tweeting back “Oh, you sweet soul. The more you realize that we are the same, the more we can have a conversation.” 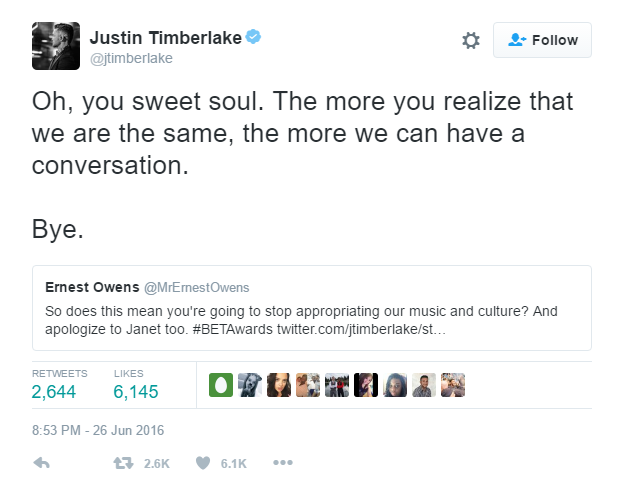 Yes. Justin Timberlake brought #AllLivesMatter to a #BlackLivesMatter convention. And that was all it took for Black Twitter to lay the hammer down. Here is a countdown of the best 10 responses:

@jtimberlake @iJesseWilliams Did you like the part when Jesse talked about white people stealing from us? That should resonate with you.

@chrystallll @dcjanfan @jtimberlake and the black titty he ripped out? We didn't forget. Then he shades Prince.

"We are the same…" Justin Timberlake pic.twitter.com/NKQeOIFRK3

@jtimberlake Your whole career has been biting off of black music. You wouldn't even be as popular as you are if you were black..

when @jtimberlake came with "universalist" erasure bullshit on the night @iJesseWilliams lit up Black twitter pic.twitter.com/2mmTHPuqo5