V Bozeman’s “Go” Video is a Work of Art 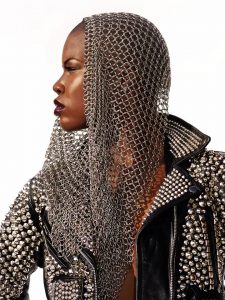 Singer V Bozeman has been poised for stardom for awhile. And in the video for her single “Go”, she proves that she is ready for the spotlight.

In the short film for “Go”, Bozeman plays a starlet like herself, right in the middle of a photoshoot. Her boyfriend is pestering her in the middle of it all, and she’s getting fed up. That launches us into the core of the video as she struts away from the  photoshoot in a head to toe fur coat.

She spends the majority of the video dancing solo in an empty warehouse, working up a sweat in simple skin-tight black attire. And she looks stunning. But even more powerful that in the visuals, Bozeman’s vocal performance is as effortless and spellbinding as ever, hitting the high notes with ease and bringing fire to each and every lyric.

In a lot of ways, Bozeman captures the spirit of many of the most iconic music videos in history. Like Janet Jackson’s “Pleasure Principle”, dance takes center stage, but context and video direction elevate the whole production. This isn’t just images mapped onto lyrics, or even worse, a splashy video treatment that doesn’t match the song at all. This video builds upon the content of the song and crafts a story from its meaning. When Bozeman sings the lyrics while performing hard-hitting, sultry dance moves, there is meaning behind her movement.

This is why V Bozeman is a star on the rise. She is a true artist, positioning herself for greatness.