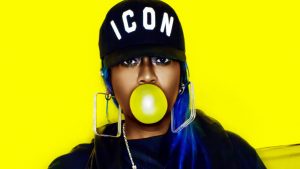 The Hip Hop Honors 2016: All Hail The Queens was much more than just another celebration of celebrity. It was a ceremony to honor hip hop’s legacy.

The 2016 Hip Hop Honors ceremony was a 2-hour blow out commemoration of the achievements of hip hop pioneers Lil Kim, Salt n Pepa with DJ Spinderella, Missy Elliott, and Queen Latifah. These legends wore beaming grins through the whole broadcast as they watched their friends, contemporaries,  and fans shower them with praise. in their acceptance speeches, each performer was gracious, thanking God and long lists of lifetime collaborators. They also spoke to the Movement for Black Lives, calling for unity and strength in our endeavors to change the world. And seeing this all take place on-screen was a welcome celebration of blackness in light of recent tragedies.

At the same time, All Hail The Queens was a nostalgic ride through the better times of hip hop. A bevy of hip-hop artists took to the stage to perform classics from “Ladies First” to “Push It” to “Crush on You” to “Hot Boyz”  with all of the wardrobe and passion as the originators. And it was those songs that reminded us of what hip-hop used to be. During a simpler time, the women just had pure flows. Their lyrics had meaning. They were fashion forward. They defied stereotypes. They innovated in an industry that didn’t want them there and during a time where expectations were non-existent. In the face of that, Queen Latifah pushed for “U-N-I-T-Y”, Salt n Pepa proclaimed “Let’s Talk About Sex”, Missy Elliott “Hit Em wit da Hee”, and Lil Kim declared she had “No Time”.

Growing up in the 90’s, I remember those times well. I remember when girls were bleaching and cutting their hair into asymmetrical bobs, when Queen Latifah was an around the way girl, when Missy donned a garbage bag for one of the dopest videos in history, and when Lil Kim’s covers had parents’ groups clutching their pearls. Back then, pushing the envelope was for purposes like AIDS education, sexual liberation, or creativity’s sake and not just for controversy. And Missy’s catalogue, from what she recorded herself to what she wrote or produced for other artists has really come to define much of music for the last 2 decades. Whether these queens knew it back then or not, their work helps to shape a generation.

In the closing performance, Queen Latifah brought up a “who’s who” of female rappers from across the country and throughout history including Yo-Yo, Monie Love, Da Brat, Ms Jade, MC Lyte, Nikki D, Sha Rock, Sweet Tee, The Lady of Rage, Suga T, Rah Digga, Mia X, Heather B, and Eve. It was astonishing to see so much of rap history there on the stage at one time, and it also signified why this show was so important. Just as their careers inspired a generation, their legacies need to inspire a new generation.