WATCH: This Mr. Robot Season 1 Recap Preps You for Season 2 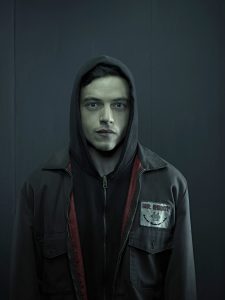 Mr. Robot will be back on our TV screens tonight. And to make sure you’re ready for the mind and reality warping series, we’ve got a video recapping the events of last season.

If you missed season 1 of Mr. Robot, something is clearly wrong with you and you need to get that rectified immediately. There is no recap video long enough to catch you up on the intricacies of a show that lives and breathes on misdirection, an unreliable storyteller, and things that are only there for a moment. But if you just need a refresher for the mental heavy-lifting a series like this requires, this is where you want to be.

Mr. Robot follows Elliot (played by Rami Malek), a cybersecurity engineer by day and vigilante hacker by night as his involvement with the hacker group fsociety unravels the tenuous status quo that he has built. The acting is stunningly raw, the writing is sharp, and visual and audio cues work together to create what is easily one of the most compelling shows on television. And as Elliot struggles to keep it all together in an arena where misplaced trust is a threat to his very existence, he comes to realize that sometimes you can’t even trust yourself. The series does a stellar job of tackling sensitive subjects like corporatism, mental health, power dynamics, and responsibility toward others

The video below does a stellar job of reminding us of all the important moments and characters from season 1. Just watching has my heart palpitating all over again. Be sure to tune in at 10/9C for the 2-hour season 2 premiere on the USA Network, and livetweet along with us using the #DatBot hashtag!