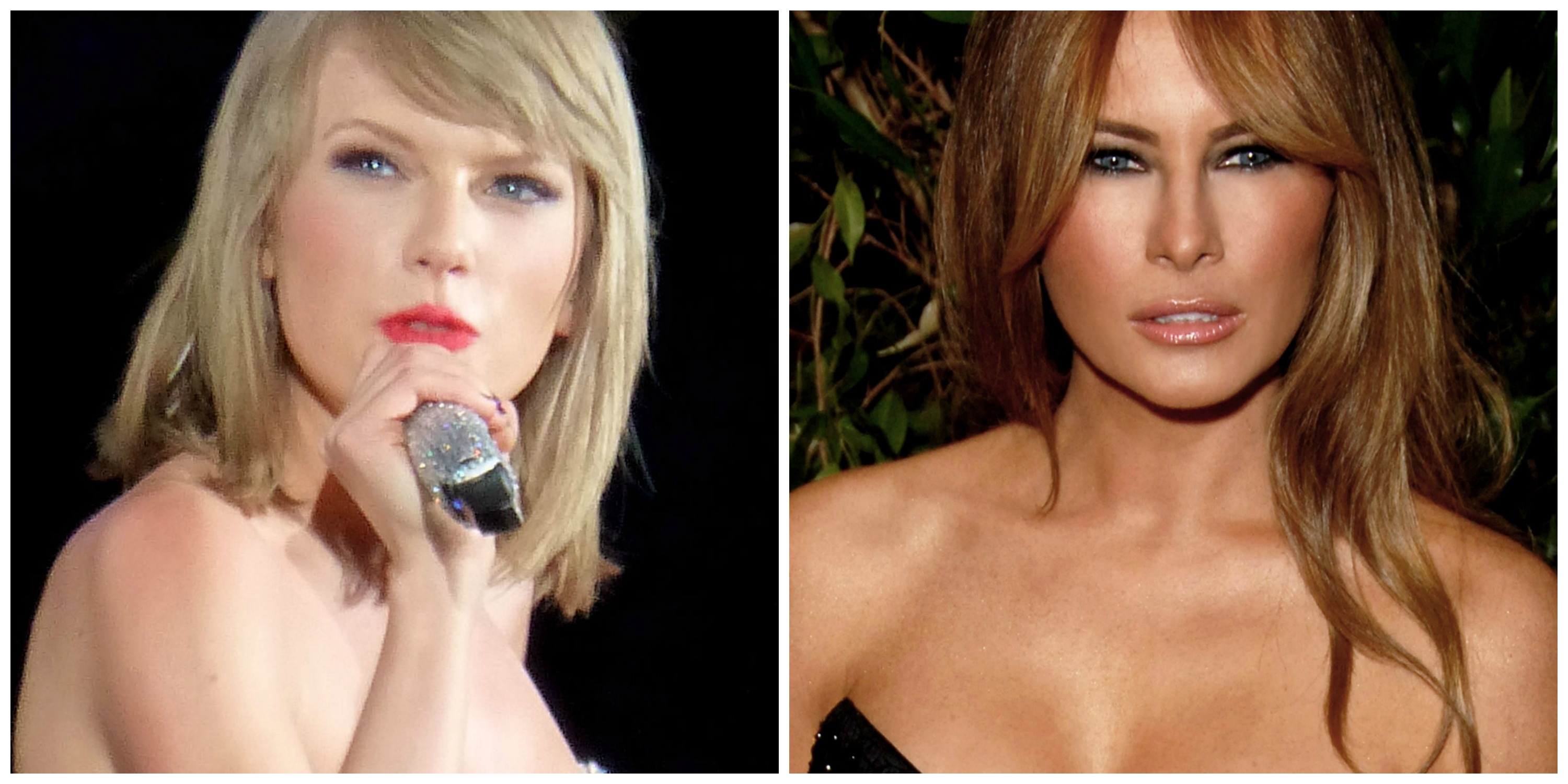 If nothing else, this week has taught us that White women know how to deploy the intersections of whiteness and womanhood when it works for them.

Within days of each other, Taylor Swift and Melania Trump were exposed via social media as liars. Swift because of her blatant misrepresentation of her conversation with Kanye West approving his lyrics on the song ‘Famous.’ Trump after she plagiarized entire chunks of Michelle Obama’s 2008 speech at the Democratic National Convention.

Watching all the responses from Taylor Swift about her obvious lie is literally like Groundhog’s Day. First, she never spoke to Kanye. Then, she spoke to Kanye but it wasn’t in enough detail. Then, Kim Kardashian releasing a video of the conversation with Kanye West that Swift said never happened was “character assassination.” She literally contorted herself into a White Tears pretzel to explain away her falsehoods. This is the same person who has appropriated Black cultural practices for fun and continues to disrespect Black women artists whose talents far exceed her own (cough *Nicki Minaj* cough).

Similarly, an arsenal of White women protectors have come out to explain why Melania Trump must be held blameless for reciting a stolen speech (some people are calling it “cribbed”, but wtf is that?) on television to millions of watchers of the Republican National Convention (RNC). This after she told NBC anchor Matt Lauer that she wrote the speech on her own “with as little help as possible.” While Melania’s looks are what launched her into stardom, this bold-faced lie will likely be what defines her legacy.

While watching the scenes unfold (and chuckling deeply on the inside and sometimes on the outside), I felt some all too familiar feelings I had growing up being a dark-skinned Black girl and struggling against the power of the White feminine body in public space.

One of my earliest memories of a White girl using her White-girl-ness to harm me was in third grade. I was running for class president against a lily White girl named Heather. Heather had been nice enough to me over the years but the campaign turned ugly as it went on. I remember her asking me if I was going to drop out since I probably wouldn’t win. When I said no, she suggested, without actually saying it, that she would tell her dad (who was our basketball coach) not to let me play in the following games. When I told our coach, she made her eyes as big as they could possibly get and scream-cried, “I didn’t say that!” To which everyone unanimously agreed I must have misunderstood her because she would never lie.

For that thought to have crossed her mind at eight years old was disturbing and is still today. She won the election though, so I never had to worry about her keeping good on her threat.

It’s funny because something similar happened to me in seventh grade when I was, again, running for class president against a girl named Darcy. She was so frustrated that I actually ran against her. “I was class president in elementary school, ” she told me one day. “Have you ever been class president?” she asked me through a half-smirk.

That question hit a sour note given my previous interaction with Heather. “Nope, not yet.” For months we campaigned; she knew more people so she thought she’d win. She removed my signs from hallways and even organized her friends to gently implore students to vote for her instead. But, she didn’t win. She also didn’t speak to me until we graduated over a year later.

Little issues like these became a norm for me growing up. And, while it bothered me, it wasn’t until I became an adult that I realized how harmful White women could be if they used privilege to appear perpetually innocent, always forgivable, and never intentionally problematic.

When I began working in corporate America, it was people like Heather and Darcy who used my work to get ahead. On one occasion, I was hospitalized with meningitis for a month and nearly lost my life, and that was the moment a White woman swooped in to take credit for my work. When I got back, my White female boss demanded that I thank the appropriator for all of her “hard work” pretending to be me while I was recuperating. This happened time and again, and whenever I gestured toward saying something, I became the aggressor, the non-team player, the hater.

This is the work of whiteness leveled up by the tropes of White women’s chaste, virgin-like, and untouched-by-the-hands-of-man nature. When little White girls like Heather and Darcy are rewarded for their assumed goodness and ability to escape the consequences of being ain’t shit individuals, they grow up to be the coworkers who steal the work of other, non-White people and have the audacity to demand praise for it. Even worse, they might turn into gorgeous, smizing, lip pursing women like Taylor and Melania who, even when faced with the ugly truth that they have been found out and are not actually perfect little white flowers made of the same “everything nice” used to make the Powerpuff Girls, can only think to keep lying.

Luckily I’m aware enough to see whiteness when it is working. Those early lessons stuck with me like my first scary movies and the first time I fell down roller-skating. Going through it was tough and even scary at times, but now, I’m wiser. I know how to avoid getting harmed when White femininity goes to work.