White Ignorance Is Re-Writing The World As We Know It 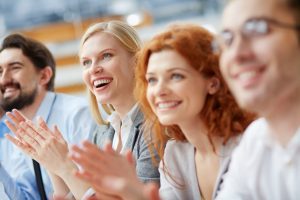 This week, when Michelle Obama told millions of DNC viewers that she lives in a “house built by slaves”, many people were aghast. Some were shocked because they had no idea (or didn’t care to know) that slaves built the White House. Others were surprised to find that so many United States citizens know so little about their own history. I was neither shocked nor surprised because I understand the power and indignation of what philosopher Charles Mills calls “White Ignorance.” I also know that it is changing the world by the minute.

In his chapter, “White Ignorance,” Mills explains how white supremacy and white ignorance are intertwined. He argues that whites often do not have to learn about the world around them or the cultural groups they have dislodged because their privilege insulates them from responsibility or accountability for those outcomes. Meanwhile, racial, gender, and sexual minorities must educate themselves on the norms, narratives, and social practices of whites as a matter of “survival.” He says, “blacks have been forced to become lay anthropologists, studying the strange culture, customs, and mind-set of the “white tribe” that has such frightening power over them, that in certain time periods can even determine their life or death on a whim.”

Is essence, Mills urges us to move beyond the term “ignorance” as a passive phenomenon of simple lack of education or access to certain social or political issues. Frankly, if white ignorance was only about a lack of access or understanding, it wouldn’t take generations of young Black people to convince them that racism exists. Instead, Mills encourages us to conceive of white ignorance as a deliberate tactic which extends white supremacy and privilege into a culture of (non)knowledge.

Herein lies the problem: as whites forcefully disremember and rewrite the world according to their own understandings, they simultaneously change the rules of engagement for everyone else.

This cannot be overstated. White ignorance is not just sad or disappointing. It isn’t an issue that only affects white people. Rather, because white ignorance is a willful act, a purposeful not knowing, an intentional misunderstanding of actual people, places, and things, it is a strategic tool that not only places marginalized groups at risk for physical and emotional violence, it simultaneously wipes away culpability for whites who actively engage in white supremacist practices and benefit from systemic inequality.

This may seem overblown when one only situates white ignorance as not knowing random historical facts or forgetting the name of a president. However, the process of white ignorance is much more complex than that.

During the early 20th century, intentional white ignorance about the conditions of slavery gave way to a Southern culture of plantation reenactments and a looking back on the fonder days of legal chattel bondage. This probably sounds eerily familiar to Donald Trump’s recent campaign slogan, “Make America Great Again”, a phrase which begs the question: when was it great to begin with?

In 2012, white ignorance bore the Republican phrase “we built that!” in response to President Obama saying that all Americans pay taxes to build freeways and public utilities. We heard something similar during this year’s race when Representative Steve King (R-Iowa) suggested that whites built Western civilization while all the other “sub-groups” of people didn’t contribute much of anything.

Yet, the fact is, white people didn’t build “it” or much of anything else. This country has always relied on the labor of the poor and non-white to till its soil, manufacture its consumer goods, lay its railroads, and even nurse its babies.

White ignorance continues to feed conspiracy-led actions like the anti-vaccination and the anti-climate change movements. It undermines scientific and empirical knowledge with often anecdotal  preferences for individuality and laissez-faire lifestyles (that is, only when it benefits white people because people of color, women, and queer folx still aren’t guaranteed rights to their own bodies).

Understanding white ignorance means understanding that a lack of knowledge can always be solved with a book, a documentary, or even with Google. But, what we are witnessing now is much more malicious, much more vindictive, and pervasive than that. White ignorance operates to literally tell us that what we see before our very eyes isn’t there. It renders us testimony-less. It makes us into a willing audience for our own demise.

It’s not about historical facts or a matter of opinion. And, the only way to inoculate ourselves against it is by choosing to remember who we are, where we have come from, and where we are going.