Why Zendaya Playing Mary Jane In ‘Spider-Man: Homecoming’ Is So Important 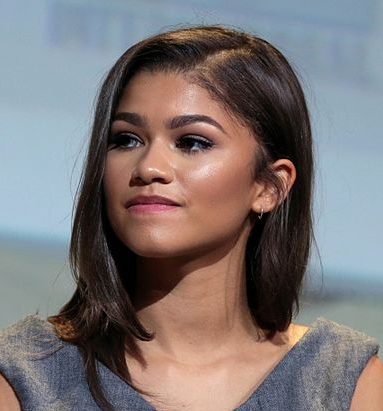 The new Spider-Man movie has been a source of controversy the minute it was announced. There was the partnership with Marvel. There was the character rumored to be a whitewashed. But the most recent, that biracial (with a white mother and black father) Zendaya may be playing the traditionally white Mary Jane, has comic traditionalists losing their minds. And at the core of it all is nothing more than racism.

The shifting appearances of characters have been in the news for years at this point. It is happening within the pages of the comics and within the frames of movies and television shows. But this phenomenon of taking characters historically written and illustrated as white and making them more reflective of current society has gone a long way towards making a certain demographic of the world feel slighted. Using the fallout of Michel B. Jordan playing Johnny Storm as a reference, we can be sure that those feeling angsty over Zendaya’s role will be burning their torches long after Spider-Man: Homecoming is released in theaters.

RELATED: The Case For and Against a Black Johnny Storm

In times like these, sometimes a person stands up and speaks truth to the situation. Sidestepping all of the minutiae that many get caught up in, someone strikes right at the meat of the issue, and leaves little to no weakness in their argument. On the rumor that Zendaya will be playing Mary Jane, that person has been film director James Gunn.

In a post on his Facebook page, Gunn succinctly described why there really is no good reason for people to be upset over her casting.

People get upset when something they consider intrinsic to a comic book character changes when adapted for a film. I get this. There are movies I dislike because I think there’s a basic misunderstanding of the story or the character when the comic is transferred to film (I still hate how in the first Batman movie the Joker was revealed as the murderer of Bruce Wayne’s parents, for instance.)

That said, I do not believe a character is the color of his or her skin.

[…]I can’t respond to the racists – I’m not ever going to change their minds. But for the thoughtful majority of you out there:

For me, if a character’s primary attribute – the thing that makes them iconic – is the color of their skin, or their hair color, frankly, that character is shallow and sucks. For me, what makes MJ MJ[sic] is her alpha female playfulness, and if the actress captures that, then she’ll work. And, for the record, I think Zendaya even matches what I think of as MJ’s primary physical characteristics – she’s a tall, thin model – much more so than actresses have in the past.

Whatever the case, if we’re going to continue to make movies based on the almost all white heroes and supporting characters from the comics of the last century, we’re going to have to get used to them being more reflective of our diverse present world. Perhaps we can be open to the idea that, although someone may not initially match how we personally conceive a character, we can be – and often are – happily surprised.

RELATED: The Difference Between Whitewashing And Diversity in Hollywood

This is what we need more of. We need more clear-headed honesty to expose the false arguments so many stand on. True colorblind casting, no matter how cringeworthy that name is, has a litany of merits. If we keep holding our entertainment to the systemically racist standards of history, we only feed into the perpetuation of white supremacy in mass media.

And I most definitely won’t be doing that. So I will celebrate Zendaya’s casting in Spider-Man: Homecoming, whether she is Mary Jane, Gwen Stacy, or Aunt May herself. Because in 2016, none of those roles are required to be played by white folks.

That is the beauty of entertainment. It can be adapted and changed to become more reflective and representative of the world around us. And the casting Zendaya in this film gives me hope reflective casting will become more of a priority for industry execs and consumers in the future.